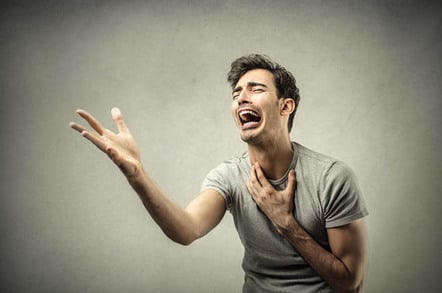 Outsourcing giant Capita has hinted that the UK's decision to leave the EU will have an impact on its bottom line, while recording a sales increase of 5 per cent to £2.4bn for its first half-year results.

Andy Parker, chief exec of Capita, said: "While it is too early to know the impact of the recent EU referendum, it has created increased uncertainty, particularly in the financial services sector, and we are continuing to experience some delays in decision making in the short term."

Parker said he expected this to be offset in the medium-term by "incremental opportunities that arise as clients respond to the impacts of the UK leaving the EU."

The acquisition-hungry biz said it is making progress towards "achieving around 4 per cent organic growth in 2016".

Last year Capita increased sales by 10 per cent in its first half, compared with the first six months of 2014 - largely due to its spending spree on other businesses.

However, sales in the UK fell by 4.6 per cent to €918m (£770m). Thierry Breton, chief exec, said: "We foresee a strong second half of the year and we anticipate a very limited effect from Brexit due to our low exposure to discretionary IT spending in financial services in the UK. Considering all of this, the Group raised all its objectives for 2016.”

The UK accounted for 17 per cent of overall revenue - an 8.6 per cent increase on the previous year.

"Local momentum was boosted by contract wins in the private sector which now represents more than half of revenues and reported double-digit organic growth, while the public sector was down as anticipated."

Capgemini is in the process of being shoved off HMRC's mega IT contract which runs the UK's tax systems. ®