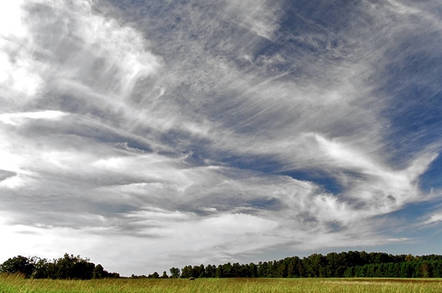 Panzura gets to the cloud faster

File sync and sharer Panzura has announced its new SMARTSync tech, which it says will reduce the amount of info sent between sites in a sync-and-share network and speed sharing.

The company's CloudFS technology is based on a single name space and global filesystem with on-premises or cloud-based tiered GFS controllers acting as gateways to private or public clouds, and its PZOS software.

Master data is kept in the cloud, while active data is cached locally with sub-file global locking enabling users in different sites can work on shared files.

The systems features global dedupe and compression and this can help reduce large file distribution times from many hours to a few minutes, although your mileage may vary.

Panzura hired a new CEO, Patrick Harr, in May, and we thought strategy changes might follow that.

SMARTSync builds on Panzura’s existing global deduplication and global metadata technology and provides a faster way to move files between sites by transferring the least amount of data possible.

With site-to-site synchronization protocols such as rsync, Panzura says files need to be scanned twice, with checksum calculations, at each point to compare differentials before they can be synced, which takes time. SMARTSync "uses metadata tables on Panzura Controllers to compare files without having to run scans on the source or the destination."

A Panzura blog describes rsync in more detail. Rsync is much better than simply sending entire files across the network: "Until more than half of the file has changed, rsync is ahead of the game. No wonder it has been the backbone of network file synchronization."

SMARTSync metadata is based on ZFS checksums which are stored with the file data they refer to.

Panzura says its software already knows which data blocks have been modified and only moves the unique blocks that are not at the destination. Sometimes only metadata is moved instead of data blocks. This has two benefits: sync set up time is reduced (the scan delay); and, typically, less data is sent between sites, leading to quicker transfer times and lower network bandwidth use.

The blogger states: "SMART Sync can synchronize a 100MB file in under a second on a 10 Mbit/s WAN link. Even better, it can sync that same file across 20 sites in under a second when 2 per cent of the data has changed."

This makes it more suitable for enterprise use which can feature large files or many small files where the rsync times add up.

Panzura SMARTSync is available now and is included as part of the latest Panzura PZOS software. ®

Back up bod Druva paddles even further up the Amazon

Another day, another Spectre fix slowdown: What to expect if you heart ZFS