Openreach to split from BT... so they'll be 'Legally Separate' 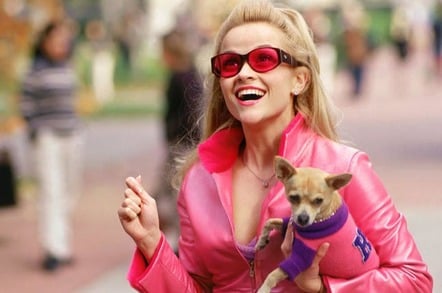 UK comms regulator Ofcom has said today Openreach must become a "legally" separate company from BT – with its own independent board – under plans to reform the former state monopoly's infrastructure division.

In February, Ofcom identified serious failings with BT's ownership model of Openreach. However, it stopped short of recommending full separation. Today it stands by that decision but has outlined details of how an enhanced structural separation will work.

No direct reporting from Openreach to BT

Ofcom said BT has an incentive to make these decisions in the interests of its own retail businesses, rather than BT’s competitors, which can lead to competition problems.

Under its proposals, Ofcom said Openreach should be a legally separate company within BT, saying all its directors would be required to make decisions in the interests of all Openreach’s customers and that the new entity will have its own board.

The new board should have a majority of non-executive directors, who should not be affiliated to BT Group in any way but would be both appointed and removed by BT in consultation with Ofcom.

Openreach’s chief exec should be appointed by, and accountable to, the Openreach Board, with no direct lines of reporting from Openreach executives to BT Group.

Openreach to hold formal talks with Sky and TalkTalk

Openreach will also be obliged to consult formally with customers such as Sky and TalkTalk on large-scale investments - something it had been criticised for not doing over its G.Fast roll-out plans. It will also operate under its own independent branding.

Sharon White, Ofcom's Chief Executive, said: “We’re pressing ahead with the biggest shake-up of telecoms in a decade, to make sure the market is delivering the best possible services for people and business across the UK.”

The moves are designed to ensure that Openreach acts more independently from BT Group, and takes decisions for the good of the wider telecoms industry and its customers. "If it cannot achieve this, Ofcom will reconsider whether BT and Openreach should be split into two entirely separate companies, under different ownership," said the regulator.

Ofcom said BT has notified it of plans to deliver changes to Openreach’s governance, to make it more independent and accountable to its customers. "We welcome BT’s acknowledgement of the need to reform Openreach, and elements of BT’s proposal.

"However, there remain important areas where it does not fully address our concerns. For example, the need for Openreach to be a legally separate company, and for Openreach to have confidential discussions with its customers without oversight by BT."

Kester Mann, principal analyst, at CCS Insight said: “Ofcom’s proposals are about as radical and stringent as they could have been without taking the ultimate step to structurally separate Openreach from BT."

Ofcom has said it is seeking views on the plans outlined today by 4 October. ®