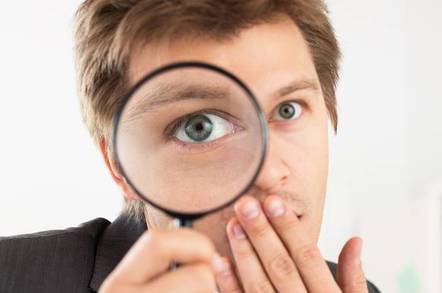 A private investigator hired by Uber potentially broke the law while digging up dirt on someone suing the taxi app biz, a New York judge has ruled. Information gathered by the dodgy sleuth cannot be used in court by Uber, the beak added.

Uber and its CEO Travis Kalanick were sued by New Yorker Spencer Meyer, who accused them of unfairly fixing fares via the company's surge pricing system. Uber hired Ergo, a private investigation company, to research Meyer and his brief.

An Ergo unlicensed investigator, Miguel Santos-Neves, began calling friends and associates of Meyer and his lawyer, ostensibly to research their motivations. But in a ruling on Monday, US District Judge Jed Rakoff said [PDF] the investigator had engaged in "fraudulent and arguably criminal conduct" intended to intimidate Meyer.

"The court cannot help but be troubled by this whole dismal incident," Judge Rakoff wrote in his opinion.

The judge slammed Santos-Neves' conduct, adding that the discount private gumshoe's actions "were condoned by the highest levels of Ergo leadership." Judge Rakoff also said it was a "sad day" when Uber decided to hire such a firm to conduct investigations into people upset with its service.

As a result of the ruling, Uber can't use any of the details supplied to it by Ergo in its forthcoming legal showdown with Meyer. In addition, the New Yorker will get full access to the information Uber bought and may use it in the trial.

"The court finds perfectly appropriate an order enjoining defendants from making use of the fruits of their own troubling conduct," Rakoff wrote.

Troubling business practices indeed, and this isn't the first time there have been indications that Uber is prepared to push the envelope of legality in its operations. In 2014, the firm's senior veep of business Emil Michael suggested they set up a million-dollar slush fund to investigate the private lives of journalists who criticized Uber.

The remarks, made at a private dinner, were made public by BuzzFeed's editor-in-chief Ben Smith, who was present as someone's guest and didn't know the event was off-the-record. Uber apologized although criticized Smith for the leak, and said it wouldn't stoop to surveillance tactics.

But, as the New York case has shown, Uber's staff are willing to go digging for dirt in an unorthodox manner. The company told The Reg that it had no comment on the case. ®