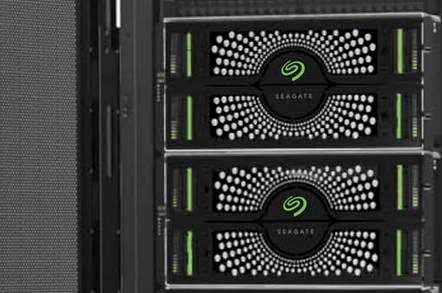 Seagate is closing down its factory in Havant on the south coast of the UK and axing 327 jobs. The redundancies are part of a renewed focus by the Californian giant on its disk drive technology roadmap to boost revenues and profitability.

The Havant closure is part of the restructuring announced earlier this month, along with better preliminary quarterly results than expected. Seagate is facing a downturn in the disk drive business from the falling PC market and rising enterprise and PC/notebook flash drive business. So it is laying off 8,100 employees globally and reorganizing its business to build about 120 million disk drives a year instead of 200 million-plus.

We speculate that Seagate could be consolidating its ClusterStor and acquired Dot Hill array capabilities to save cost.

An interview with CTO Dr Mark Re in Anandtech provided insight into its broad disk product and technology intentions.

There is no intent to compete with SSDs on the speed front, but every intention of competing from the capacity point of view.

When asked why these 3.5-inch drives were limited to 1 and 2TB of capacity, it said: "Our customers and application analysis indicate a significant overlap in the market spaces for NAND accelerated storage and lower capacity hard drives typical in desktop and notebooks – at 1 and 2TB. As other market spaces mature, we'll look to offer FireCuda at more capacity points in the future."

Seagate is going to add SMR technology to its line of video surveillance drives, recently re-branded SkyWolf when a 10TB range-topper was added. Down the road, SMR PC drives could be coming.

Helium-filling is being used for the highest-capacity drives, for now, and not spreading down to the sub-10TB area. This contrasts with Western Digital, which sees helium-filling permeating its range.

There were three developing technologies mentioned by Re:

TDMR and HAMR we know about. TDMR involves having two or more read heads on one arm so that narrower tracks can be read with a better signal-to-noise ratio than a single read head could deliver. HAMR is having a higher coercivity recording medium, more resistant to room temperature bit value changes and neighboring cell interference, and needing an on-head laser to heat the bit area before writing it. Both technologies enable a disk's areal density to rise through narrower tracks (TDMR) and smaller bits (HAMR).

TDMR can increase areal density by 5-10 percent; so a 6TB drive could become a 6.6TB drive; it seems a marginal game, unless you need it because some other technology shrinks the read bits so you need TDMR to get a reliable signal from smaller bits/narrower tracks. HAMR instantly comes to mind. TDMR needs a lot of head structure development plus a beefier drive CPU and memory to run the signal analysis needed. It may appear in 2017.

The company is going to produce an updated 10,000rpm and 15,000rpm line of products, seeing demand for these despite the onrush of SSDs. The 10K drives will use TDMR tech. The rejigged SAS 15,000rpm drive's technology mix was not revealed.

HAMR could increase areal density to 1.5Tbit/inch2, 50 per cent or more higher than today's drives; a 10TB helium-filled drive could become a 15TB helium-filled HAMR drive, with higher capacities in prospect. Enterprise valuation drives could come in 2017 with GA in 2018. Client drives might follow.

HDMR is 2025 or beyond technology and, we understand, involves the physical patterning of bits on/in the recording medium and has been called bit-patterned media in the past. It could, proponents suggest, take us to 5Tbit/inch2; think 100TB drives and beyond – if it ever happens. ®