Lenovo: Our gear will be 10% more pricey from 1 August 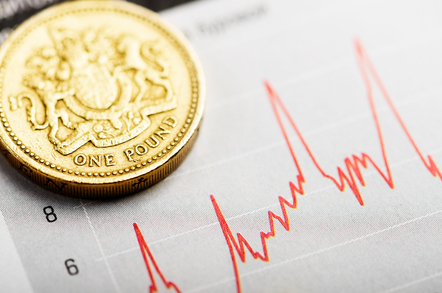 Exclusive Lenovo has confirmed the price of its hardware is going to get more expensive in the UK from the start of next month. It is the latest vendor to react to the downward swing in the value of the British pound vs the US dollar.

Confirmation of the double digit price hike – seen by us – was sent to channel partners late last week.

“As you are all very likely aware, the outcome of their referendum has led to significant devaluation of the British pound against the US dollar,“ Lenovo UK and Ireland boss John Harber told its legion of resellers and disties.

He said that although the business sells in local currency, components are purchased at a global level in US dollars. “We’ve been reviewing our position in a bid to try to delay and minimise the impact of any reaction to this result.

“We have unfortunately reached the limit of what we could do to mitigate this impact and a price increase has now become unavoidable. As such we hereby give notice that from 1 August 2016 all prices expressed in GBP will be increased by 10 per cent.”

Cisco prices its UK gear in dollars which went up immediately after the EU referendum. Dell, HP Inc and Asus have all reacted in the weeks since the vote for Brexit.

And late last week sources told us that Hewlett Packard Enterprise servers are to rise by six to seven per cent and storage and legacy networking by ten per cent from 1 August.

Contacts in the local supply chain said many customers have been pretty unimpressed by vendors’ price rises. One source at a bulk reseller said “we haven’t seen flood of orders” brought forward by clients wanting to avoid the increases.

Gartner reckoned some of the vendors had bumped up prices too quickly and were taking advantage of Brexit, and it will no doubt be watching the market with interest for a correction when the UK currency recovers. ®