'Aiming for mediocre speeds is such a British attitude' 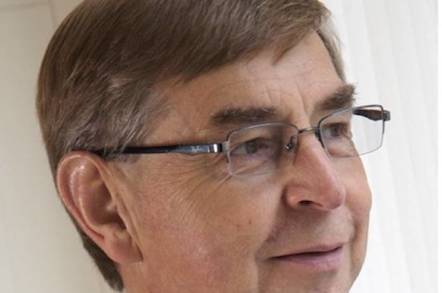 That follows a damning report by MPs last week that warned if BT doesn't get its house in order and address its significant under-investment in Blighty's infrastructure, Openreach should be structurally split from the former state monopoly.

Earlier this year the regulator stopped short of recommending a formal separation - but deliberately kept that option on the table. BT has denied the accusations of underinvestment, pointing to its plans to roll-out ultrafast speeds to 12 million homes in the next four years, 2 million of which will be fibre-to-the-premise (FTTP).

But Professor Peter Cochrane, former CTO and head of R&D at BT, has slammed BT's emphasis on its hybrid copper G.Fast technology. "An ambition of 2 million FTTP delivery is no target at all. It's woeful. It would be 48 years to get to all the homes."

He says: "I have no patience with the arguments being put forward that we can do it all with copper. I mean, we can do all our transport by boats on rivers if you want."

Cochrane believes the estimated speeds of 1Gbps for G.Fast are wrong. "It’s been tested in a laboratory under rather idealised conditions in the field. And some people are quoting they can do a gigabit over 200 meters - I can categorically tell you they cannot. What they can actually do is a gigabit over 20, possibly 30 meters. After that it just dies.

"If they had fibre to the pole at the end of my garden they might be able to deliver 200-300mbps."

All the other leading economies in the world are going to fibre. "Whereas the UK tries to get by on make do and mend."

BT has argued that the UK has some of the fastest average speeds in Europe - outranking the continent's largest economies. In the Akamai State of the Internet report, we were rated 17th in the world. That is despite having just 2 per cent of FTTP. Spain, which has 60 per cent FTTP, ranked 30th.

So the argument is that the UK may not have a large FTTP deployment but it has far better equality of internet access, with far fewer digital "have nots".

But Cochrane disagrees. "The idea that we should be content with mediocre services is a very British point of view." By refusing to invest in FTTP, the UK will soon be outpaced by other countries who are, he argues. "BT and the UK [are] in a race to the bottom."

The ex-BT man is equally dismissive of claims that a purely FTTP deployment has failed to work in Australia.

Not least because there are a whole raft of nations that are now deploying fibre at full pelt.

"It didn't work in Australia, but that has nothing to do with the technology – it was the politics. It’s like saying broadband is no good because my Auntie Margaret can’t switch a computer on."

He says: "If the UK is to participate in cloud computing, we cannot do it with asymmetric services. It's no good having 30mbps download and a 5mbps upload. You can’t upload all your material into the cloud."

So what would he like to see the regulator do? "Ofcom is powerful enough to dictate what we do with wireless frequencies. How come it is not powerful enough to do that with optical fibre, or indeed the space in the ducts that are in the ground that this country and taxpayers have paid for?"

Cochrane is supportive of moves by the regulator to broaden BT's access to its ducts and poles, but he'd like to communities get BT to install fibre to the core of their local areas.

"Why can’t I go to BT and say I want fibre to the core of my village and I will come to you as an ISP and we are very happy to pay for that and we will wire up our own energy? We are 250m from fibre cable, we will dig that trench, buy the cable. All we ask is that you install the equipment so we can do the last bit."

"If I was running BT now, I would be rubbing my hands together at that prospect. Because I’d be getting a lot of customers without the heartache of having to install this stuff. And without all this angst and people increasingly disliking BT."

He says: "Optical fibre is not difficult, it’s not magic, people can easily be trained to install it."

BT doesn't have to lay FTTP to every single home, but fibre to the cabinet is too far back in the network to work.

"A lot of us can see a hybrid solution, but believe me a core network running on ancient copper cables is not going to power us into the future.

He says: "Here is an industry with a guaranteed market, a guaranteed growth. Where there is a screaming need for bandwidth that is not being serviced.

"Here is a country that is deciding to leave Europe, that needs everything in its favour. And it is not even in the top 10 of countries installing fibre, or in top 10 for average speed in the world.

"If we haven’t got the infrastructure we can’t compete." ®