What's Brexit? How Tech UK tore up its plans after June 23 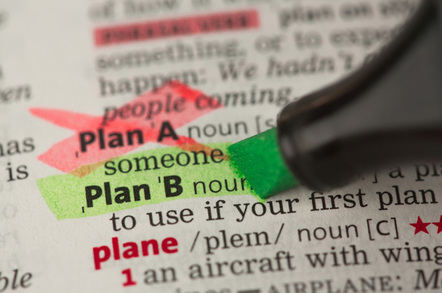 Leaders of many British tech firms were less than thrilled to hear that the UK had voted to leave the European Union. “I was shocked and horrified,” says Kate Craig-Wood, managing director of hosting firm Memset, who we spoke before the June 23 vote. Her comments were echoed by others.

Mike Laven, chief executive of fintech company Currencycloud, imagined Game of Thrones’ White Walkers marching down the M11. Swedish citizen Daniel Rovira, co-founder of recommendations startup Itcher, wondered where he belonged: “You feel a little bit not wanted in a country you came to think of as your home.”

A couple saw it coming. Askar Sheibani, chief executive of telecoms equipment maker Comtek Network Systems who we also spoke to before June 23, decided that Leave would win after talking to people near the firm’s base in Flintshire in north-east Wales – an area where 56 per cent voted to get out of the EU.

Rune Sovndahl, the Danish co-founder of app-based domestic services firm Fantastic Services, recalls Denmark voting against accepting the EU's Maastricht Treaty and the EU single currency in its 1992 referendum, partly because lots of Danes hated the planned name ‘ecu’ for the European currency: “I thought there could be a sentiment vote,” he says. (Denmark voted the other way in a further referendum, and remains outside the euro.)

Several of those interviewed by The Register have changed plans as a result of the Brexit vote. Memset, which was planning UK expansion, is now considering the US and continental Europe. Comtek – whom we spoke to here before the vote - canned the move of a research team of 25 people from Northern Ireland to north-east Wales and may instead shift them to the Republic of Ireland. Fantastic Services has moved investment from the UK to Australia and increased its focus on online booking – the latter through its tech team in EU member Bulgaria.

All are waiting to hear what the rebooted Conservative government under Prime Minister Theresa May means when she says “Brexit means Brexit". Tech bosses are looking for a minimalist Brexit that provides full access to the single market and free movement of people or something close to it. Kate Craig-Wood is among those hoping the UK will yet find a way to stay in the EU.

But if the UK leaves and makes it significantly harder to employ EU citizens, some firms may well move jobs elsewhere. Adam Hale, chief executive of cloud HR software firm Fairsail, switched from voting Leave to Remain due to the anti-immigration focus of the former campaign. He wants to hire more EU nationals as developers, partly due to their high quality, all done partly because “there are nowhere near enough British skilled people”.

He adds: “If we can’t hire the right number of people, or it becomes harder to hire EU nationals, our only alternative will be to offshore some or significant amounts of development.”

Europe-wide support operations could be hard to staff. Canadian-based cloud platform firm Cogeco Peer 1 runs its multi-lingual European support in Southampton, with non-UK EU nationals making up a significant proportion of staff. “We will be have to watch very carefully how the Prime Minister and her team negotiate the exit, as that will be very important to the staff,” says Susan Bowen, general manager for Europe.

Some small firms may leave entirely, particularly those employing a lot of non-UK Europeans. Rune Sovndahl says he is staying put after 17 years in Britain, but adds that friends in the same boat are “opening their eyes to moving elsewhere”.

At Itcher, Daniel Rovira employs two Britons, one New Zealander and four non-UK Europeans including himself. He hopes for a Norwegian-style deal that retains freedom of movement and is waiting to see what happens. But although he has lived in London for 13 years and sees the UK as a good place for entrepreneurs, if immigration was curtailed he would consider Barcelona as an alternative. “Certainly it’s much easier to recruit someone than in London, where there is fierce competition, especially for developers,” he says.

Access to EU nationals may be more important in and around London, Europe’s biggest immigrant city, but other parts of the UK have related worries. Manchester-based app developer Apadmi is largely staffed by Britons but hires a lot of graduates: “What will be the impact on people wanting to study in this country?” asks chief executive of Apadmi Enterprise Matt Hunt. “There’s lots of countries vying for those people.”

Liam Fox, in the newly created post of international trade minister, says he is working on a dozen free-trade deals, including with old allies (and former colonies) including Australia and Canada. “I like the fact that Australia has stood up,” says Mike Rogers, UK-based commercial director of Danish software firm Formpipe Lasernet, of Australian prime minister Malcolm Turnbull’s call for a deal. “It can only be of benefit to us.”

Others want Fox to go further, with several seeing the US as the priority. Comtek’s Askar Sheibani wants deals with emerging markets including Russia and Saudi Arabia, but adds: “I don’t believe it will be that easy.”

David Mercer, chief executive of foreign exchange trader LMAX Exchange, thinks India and China should be high on the list. He is optimistic about the UK’s ability to cut deals compared with the 28-nation EU, through which Britain currently has to conduct negotiations: “Maybe we can do better deals and maybe we can do quicker deals,” he says. The government should be ambitious in what applies from the day the UK leaves the EU: “We must have better opportunity come that date than we do today.”

Currencycloud’s Mike Laven says that UK financial firms are used to seeking regulatory approval from different countries. His firm has licences for many US states, is applying in Singapore and Australia and plans to stay in London given the people and support services.

Mercer takes a similar view, pointing out that LMAX Exchange has 12 staff in Hong Kong where it is regulated to work, but 100 in the UK. When it comes to financial services talk of moving jobs overseats, Mercer claims: “A lot of banks have been scaremongering."

But along with many of his counterparts, Mercer says the government must clarify the status of EU nationals currently working in the UK. He emailed his staff, including 60 techies of which half are non-UK Europeans, on the Monday after the vote, saying he would get them visas if necessary.

“Individuals are distracted by the uncertainty. That’s not fair to individuals, that’s not fair to businesses,” he says, adding that people will start planning to leave the UK if they aren’t sure they can continue to work. “We need to take that off the table immediately.” ®