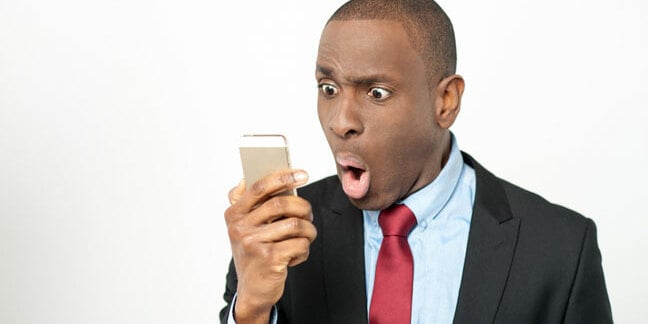 Sales at Vodafone in the UK dropped 3.2 per cent in the first quarter of its financial year to €1.84bn (£1.5bn) - with the biz pointing to issues with its new billing system.

The biz blamed its decline in Blighty on the "operational challenges following a billing system migration".

Earlier this year Vodafone came under fire for poor customer service, mainly related to its handling of a computer glitch that led to customers being overcharged.

In the last quarter of 2015, Ofcom received 32 complaints about Vodafone contracts for every 100,000 customers: three times as many as for any other provider. The industry average is just 10 per 100,000.

The company admitted it experienced problems when it migrated records onto a new billing system. It has since invested £2bn in a new network which it has said will deliver a "step change in customer experience".

The biz also blamed fewer big enterprise wins for a drop in sales.

Vittorio Colao, group chief exec of Vodafone, said: "In Europe, our growth remains stable despite regulatory pressure on roaming revenue, with good performance in Germany, Spain and Italy while we are focussed on improving our performance in the UK.

Connor Campbell, a senior market analyst at www.spreadex.com, said the quarter "wasn’t a perfect update" for the operator.

He said: "However, with a shrinking churn rate and a better than expected 2.2% rise in organic service revenue investors were impressed, even if Vodafone still consistently tops ‘worst mobile firm’ polls in Britain."

Last month Vodafone controversially hinted it may relocate from its London-based headquarters following the momentous decision to leave the EU last week.

The company noted that a large majority of its 462 million customers, 108,000 employees and 15,000 suppliers are based outside the UK.

Updated AIM-listed biz says THAT virus meant it has little choice, will seek a buyer