Even printer salesmen get the blues 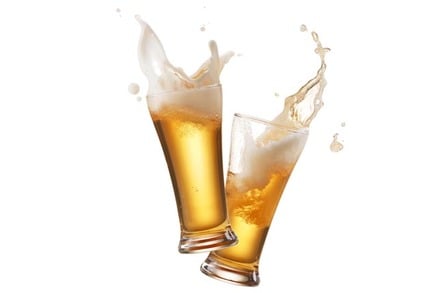 Episode 10 "I TOLD you, I HATE working on printers!" I seethe at the Boss.

"It's just a bit of configuration," he wheedles, trying to make me feel better.

"It's not a bit of bloody configuration, it's translation - from IT into printer manufacturer speak."

The Boss is in a pickle. The printer company cretin came crawling around and used the words "free upgrade" and the Boss fell for it - so now the IT department has 13 new printers destined for all 4 corners of the company clogging up the hallway - or 14 if you count the one beside the Boss's desk that the cretin installed before running away.

"These things," I say, pointing at the multifunction printer concerned, "are rubbish."

"No they're great. They've got lots of new functionality!"

"They're great at printing. They can manage a decidedly average scan. They're crap at faxes - but who cares. They are SH*T, however, at IT," I rage.

"The one by my office works," the Boss argues.

"Because the inbred cretin at the printer company installed it! It took him 3 DAYS!"

"That was only because he needed to know the right settings from us, then he had to calibrate the colours, reset the counters and then align the printer with the workflow."

"ALIGN THE PRINTER WITH THE WORKFLOW!" I shout, in serious risk of blowing one of the veins in my forehead. "If they manufactured the 'upgraded' printer with the same paper flow it wouldn't NEED to be realigned."

The Boss has touched a nerve. The new printer needs access from THREE SIDES instead of just the front which means it no longer fits into its purpose-built recess and now sits in the middle of the room with power and data cables dangling out of an open ceiling tile. To make matters worse in its current position it blows warm air directly at the aircon thermostat - trigging cooling mode - so I'm getting complaints that the office is too cold.

"It's an upgrade," the Boss says like its the XYZZY of stupid IT arguments.

"Look, how about you just take a look at it? If you can get it going, great - if not we can leave it for the engineer. He's on another job right at the moment though, but should be here within the next hour or two."

"No, I'll leave it for the engineer."

"Are you sure you don't want to have a quick look? He's left the password."

"No. No, it's 111111. I thought you'd be quite keen on it. It has some very advanced features. Scan to Email, Scan to USB, Scan and Hold, Print and Hold..." the Boss says, reeling off the list that talked him into agreeing to an update in the first place.

"It looks ok on paper but once you get into the configuration interface you realise how absolutely awful it is."

"What is?" the PFY says, wandering into the room dragging a step ladder behind him.

"Oh THEY ARE CRAP!" the PFY blurts. "EVERY SINGLE TIME you change a setting the thing has to reboot. But the good news is the web interface doesn't expire or seemingly verify cookies so you can go straight back into the admin screen - even days later."

"That's nothing," I counter. "To configure print accounting you have to turn on authentication and then import all the users from Active Directory then MANUALLY give each of them a PIN number ONE AT A F*CKING TIME, *EACH* time having to go through the Print Accounting, Print User, Reset PIN menus."

"So you got Active Directory going then?" the PFY asks.

"No, it just says 'Incompatible Version' and dies. In the end I turned off LDAP which turned on a previously hidden 'CSV import' option, exported AD to their CSV template then imported all the users - but gave up when the import procedure wouldn't recognise a column name from its own bloody template file!"

"Still, the scan to USB is great!" the PFY says.

"Nah. You put your USB stick in and it craps itself if your drive is not FAT formatted."

"Why not try scan to email?" the boss suggests.

"It doesn't have an option to send to servers requiring SMTP authentication. Whereas our cloud mail..."

"Scan and hold?" the Boss continues.

"100% usable," the PFY says. "I tried that after scan to usb. You scan your document to the internal hard drive and you can pick it up from the web interface. If you know your User Code. And your User ID. And your PIN number. Only one of which were the credentials you used to perform the scan in the first place."

"Couldn't you look into it?" the Boss asks, trying to pass the poison chalice to the PFY

"Nah, I have to run the new cabling to all the new printer locations," he sighs, picking up the ladder and heading out.

"And I have to help him," I say, ducking out with him.

"I don't know why you don't like these babies" the printer cretin says happily - no doubt thinking of the commission he's just rogered us out of with a new per-page printing cost. "They are state of the art."

"If the art concerned is fingerpainting," I concur grabbing the cable that the PFY hands me out of the roofspace.

"Let me stop you right there," I say. "They've got buttons that say that, but functionality unable to deliver it. So be honest, why the hell did we get these printers?"

"Because they're an upgrade!"

"But they're not an upgrade are they? They're some model which was bought in error that you didn't want to pay a restocking fee on - so you moved them on to us."

"We sold your contract on" he admits with the smugness that only comes from a watertight signed contract. "We had another more important customer who wanted your existing printers and these were the only things we could lay our hands on at short notice. Oh, and you'll need to install new drivers for all your users."

"Well install your own bloody cables then!" the PFY shouts from inside the ceiling cavity, stomping down the ladder.

"No need to be like that!" the cretin sniffs, climbing the ladder.

The PFY opens the window.

I push the ladder.

I pull the ladder.

The PFY closes the window.