Another power problem, this time at Telehouse North 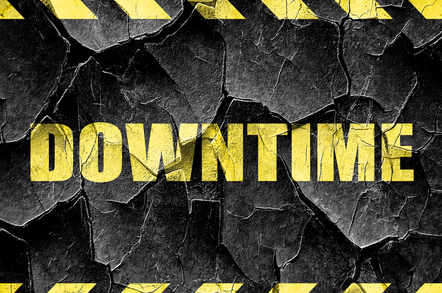 BT customers in the UK are once again banging their heads against their keyboards this morning: a power outage has thrown them offline for the second day running.

Today the issue is a power outage at Telehouse North in London.

An email message from BT Wholesale, with the subject line 'Major Service Interruption' – seen by The Register – told customers: "Due to a power incident at Telehouse North (London) IP Exchange Direct Access has been severely impacted since 07.45 this morning. Engineers are currently onsite attempting to resolve the issue."

"BT engineers are on site to resolve. Our current information about this is not detailed but we believe there has been a power failure in a BT datacentre that will affect a lot of things."

Cirrus IT Services, an IT reseller, tweeted: "BT Broadband outage traced to a power outage on 3rd floor at Telehouse North. Engineers are working on this as a priority now."

Yesterday one-in-ten BT users were unable to get online, due to a power outage at one its its other internet peering providers Telecity.

A BT spokesman sent us this dusted-off statement:

We’re sorry that some BT and Plusnet customers are having problems connecting to some internet services this morning. One of our internet connection partners in the docklands has suffered a substantial power failure.

This is affecting BT and other providers. We are redirecting traffic to reduce the impact on customers. Engineers are on site and are fixing the problem.

In an update BT said it is redirecting traffic and that the issue is affecting 5 per cent of customers. "Engineers on site and we hope to fix the problem shortly," it added.

Telehouse North data centre in the Docklands was opened in 1990, its blurb reads: "It is ideal for telecom providers, financial trading exchanges, media and gaming companies that require speed, reliability and reach."

Telehouse Europe Tweeted: "We are aware that there has been an issue with the tripping of a circuit breaker within Telehouse North that has affected a specific and limited group of customers within the building. The problem has been investigated and the solution identified.

"Our engineers are working with our customers on the resolution right now. We will release updates in due course." ®