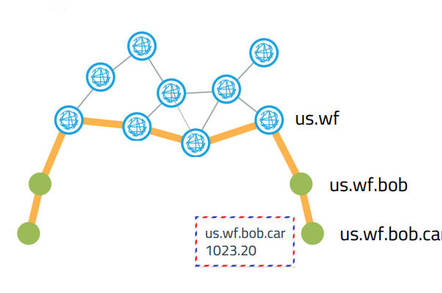 Digital currency engineers are working on a domain name system (DNS)-style protocol to enable money to be shared across different networks.

The idea of digital currency – and particularly blockchains – has taken off in recent years, but there remain a number of competing networks that are unable to talk to one another: the automated clearing houses that banks use, the credit card company networks, blockchains, and so on.

The boffins behind Interledger plan to change all that by taking a leaf out of the DNS, right down to using DNS-style naming conventions to identify different accounts.

They have developed a suite of protocols focused on transferring digital assets between different accounts on different networks – just as TCP/IP provides a common language for data transfer, except focused on payments and with security built in.

The addressing part of the protocol will be familiar to just about everyone: "us.wf.bob" is given as an example, with "us.wf" being the ledger (we're going to guess Wells Fargo in the United States) and "bob" being the account. It would also be possible to have sub-ledgers in the same way you have a sub-domain – the example given being "us.wf.bob.car."

The rest of it, like the DNS, is based on a simple packet format.

The Interledger team also sees the widely understood and tested concept of routing tables as a way of navigating both different networks and different ledgers, ie, different conversion rates from one currency to another.

And like DNS packets, the protocol embraces ideas like time-based expiration to prevent packets – literally of money – from getting lost, as well as retransmission if the information is not received.

It's a novel and interesting idea and those behind it brought it to a meeting of the Internet Engineering Task Force (IETF) this week as a proposal [PDF] to see if the world's internet engineers felt that they needed to be involved in its development.

According to Interledger, it carried out its first real payment earlier this month. It has already signed up some minor operators to incorporate the neutral protocol, and notes that there has been "interest" from "central banks, banks, payment service providers, blockchain companies, protocol and platform developers," but has yet to name any.

The goal is to put the project under the supervision of a non-profit foundation and provide the protocol royalty-free. The specs and code are on GitHub and a website stores a lot of other information as well as recent presentations.

Folks at the IETF were very interested in the idea but naturally a little suspicious, no doubt because the protocol hopes to define the exchange of potentially billions of dollars electronically. ®