How's this for irony? US Navy hit with $600m software piracy claim 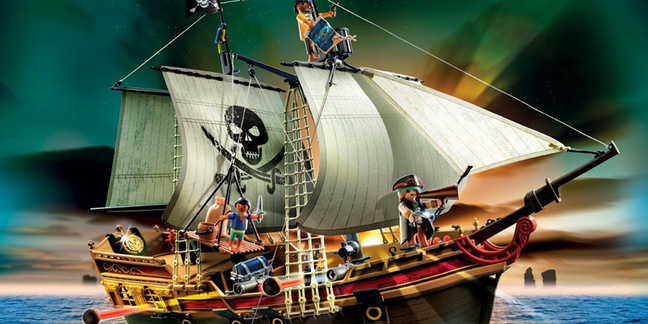 A German software developer has accused the United States Navy of illegally copying $596m worth of its product.

Bitmanagement Software GmbH claims that the Navy has copied "hundreds of thousands" of copies of its 3D modeling and tracking software BS Contact Geo without paying.

According to Bitmanagement's claim, it first began working with the Navy on a pilot program in 2011 that called for 38 copies of the software to be installed.

Following the trial program, the software developer claims that it was led to believe the Navy was going to expand the use of BS Geo by purchasing additional licenses for a large-scale deployment in 2013. During that time, Bitmanagement says it disabled the copy-protection software on BS Geo at the Navy's request.

Between 2013 and 2015, while negotiations for the licenses were going on, Bitmanagement claims the Navy proceeded to distribute and reinstall BS Contact Geo on at least 558,466 machines, despite only having paid for the initial 38 licenses.

"The government knew or should have known that it was required to obtain a license for copying Bitmanagment software onto each of the devices that had Bitmanagement software installed," the complaint charges.

"The government nonetheless failed to obtain such licenses."

Bitmanagement reckons that, at a per-copy price of $1,067.76 (€800), the Navy owes it roughly $596m for its use of the software. It is suing the US government for multiple violations of US copyright law. ®