Governments Googling Google about you more than ever says Google 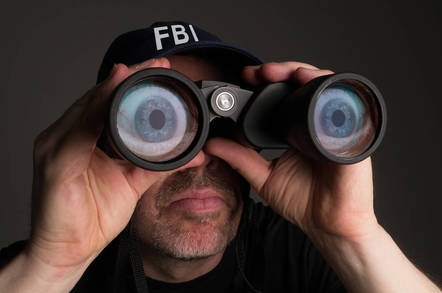 Google has published its latest “Transparency Report”, the disclosure in which it reveals how many times governments asked it to cough data on users. And this time around there's mixed news.

In the “phew, perhaps” column, Google's long-term average for coughing data is on a downward trend: the company's first transparency report from 2010 saw it hand over data 76 per cent of the time. The current 64 per cent response rate is still lower than the rate at which Google coughed data until late 2012.

Here's the recent trend for the top Reg-reading nations.

And, yes, we have noticed that Canada is not asking Google for much at all. Another reason to contemplate a visit with Trevor.

Google seems unconcerned by those rises, with legal director for law enforcement and information security Richard Salgado blogging that “We’re pleased with some of the improvements we’ve seen in surveillance laws.”

Salgado praises the new EU/USA Privacy Shield and welcomes the US Judicial Redress Act, but also calls for efforts that “improve diplomatic processes to promote a robust, principled, and transparent framework for legitimate cross-border investigations.”

ICANN't get no respect: Europe throws Whois privacy plan in the trash