Profiteering PC peeps? Nah, it's the 'special' relationship with US 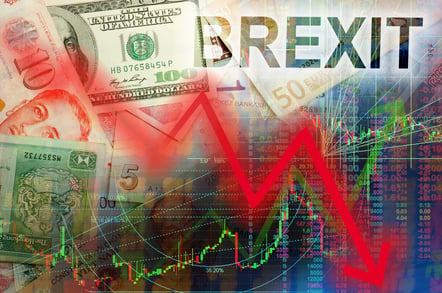 Exclusive ASUS has confirmed the UK list price of computers are expected to rise on average by nine per cent in the Christmas quarter due the weakening of the British pound versus the US dollar.

Unlike American rivals Dell and HP Inc, the Asian PC makers have been far slower to react to currency swings, with Lenovo and Acer still unable to detail when they will move.

A spokesman at ASUS said that from October until late June - prior to the referendum - the British pound was seven per cent less valuable, but since the Brexit vote it is “now 15 per cent lower than a year ago”.

“Unfortunately we are unable to continue to sustain the losses caused by a weaker pound any further, and therefore have no choice to but increase the cost of goods to our partners in line with the value of the pound.”

“This will affect majority of goods shipping from our factory for delivery in Q4 2016. We anticipate this impacting end-customers with an increase on the SRP of around nine per cent on our devices from October onwards.”

As always, the exact percentage rise will vary by product and retailer, which will also determine the exact date of the rise.

Dell, which ships in components and assembles computers in Europe, exclusively confirmed to El Reg that its prices were rising in the days after the UK vote, and then HP Inc revealed its commercial PCs will go up by 10 per cent from 1 August, though not its printers. Both blamed currency swings.

Ranjit Atwal, research director at Gartner, told us PC vendors had no need to lift prices so soon after the referendum.

“Frankly, PC vendors have taken advantage of Brexit because they’ve got components they purchased a while ago that were not impacted by the currency market yet nevertheless… it will help margins in the short term.

So were they profiteering? “I wouldn’t use that term but prices were increased in advance of when they needed to be”.

Lenovo chief beanie Wai Ming Wong told The Graun earlier this month that it would try to minimise the “cost of the falling pound” but warned it will need to “pass things onto the customer”.

As yet, Lenovo has not communicated price hikes to channel customers, and told us it had nothing to say. Another Far East player Acer is tipped to up the cost of its machines by 10 per cent.

A spokesman at Acer, told us “we continue to monitor the situation, and our pricing strategy remains the same, we adapt our pricing in local currency based on the fluctuation”.

"In line with the rest of the industry, our component costs are priced in US dollars, and unfortunately, the recent strengthening of the US dollar versus Sterling and other currencies in the EMEA region following the UK’s decision to leave the European Union, will have a direct impact on the price we sell some of our products to our UK enterprise customers and partners."

"The exact price change will vary across our portfolio, and consumer products are currently not affected."

HP Inc denied it was profiteering and sent us a standard drawer statement.

"HP is carefully assessing the Brexit situation to better understand its business and economic impact. As an international company, HP adjusts prices based on exchange rates and currency fluctuations. ®