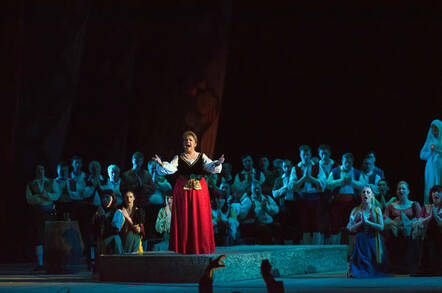 Opera will sell its web browser technology to Chinese investors for $600m after a larger sale worth $1.2bn fell apart.

The Norwegian company said in a filing to the Oslo Børs stock exchange that it had agreed to an arrangement that will see the Chinese-backed Golden Brick Capital Management private equity fund take control of the Opera Browser operation.

In addition to gaining control of the mobile and desktop Opera browser business, the consortium will get ownership of the Opera performance and privacy apps business and their licensing business (outside of Opera TV). Opera will also sell its 29 per cent ownership stake in Chinese software developer nHorizon.

The spun-off groups will be known as the "Consumer Business" while the deal plays out over the course of the year. Opera's browser software has essentially been a wrapper around the open-source Chromium, the basis of Google Chrome, since 2013. Previously, Opera used its own Presto browser engine.

Meanwhile, the remainder of Opera Software will continue on with the Opera Mediaworks, Opera Apps and Games, and Opera TV brands. They accounted for $467m in revenues last year and are a viable business in their own right.

This comes after Golden Brick Capital tried to buy Opera for $1.2bn, but that deal ran out of time and fell through, resulting in the $600m partial sale that won't need shareholder approval. There was a concern that US regulators, worried about people's privacy, wouldn't OK the full deal, thus it was shelved.

Today's sale will include a $100m cash payment up front. An additional $200m will be deposited into an escrow account by August 16, with the remaining $300m due at closing. The purchase agreement must be completed by December 31, though Opera says it expects the transaction to be finalized during the third quarter of this year.

Opera said that CEO Lars Boilesen will continue to operate as the head of both Opera and the departing Consumer Business through the end of the year, at which point he will step down from the Consumer Business and focus on running whatever is left at Opera. ®

Begun, the browser battery wars have