Tor board swept under carpet after Appelbaum 'sex misconduct' claims 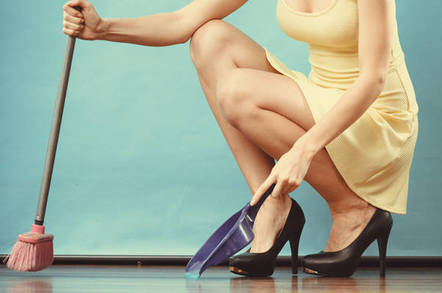 The entire board of the Tor Project has been replaced in an effort to restore credibility in the anonymizing network software.

In an announcement on the non-profit's website, executive director Shari Steele noted that the board decided to leave as a block and replace themselves entirely with a new set of six people, including respected crypto expert Bruce Schneier, Electronic Freedom Frontier (EFF) executive director Cindy Cohn, and security guru Matt Blaze.

"I think this was an incredibly brave and selfless thing for the board to do," Steele said. "They’re making a clear statement that they want the organization to become its best self."

What the statement did not include was any reference to the person who sparked the deck-sweeping, Tor Project member Jacob Appelbaum. Last month, on June 2, Steele unexpectedly announced in a short statement that Appelbaum was leaving the US government-funded organization.

Steele – who had been at the organization for less than six months – then stunned the internet two days later with a longer post that noted "a number of people have made serious, public allegations of sexual mistreatment by former Tor Project employee Jacob Appelbaum." She also said that the allegations were "not entirely new" and "were consistent with rumors some of us had been hearing for some time."

On June 6, Appelbaum denied any wrongdoing, stating: "I want to be clear: the accusations of criminal sexual misconduct against me are entirely false."

Meanwhile, a number of people who claimed to have witnessed or been at the end of Appelbaum's unwelcome advances went public with their accounts of his behavior, seriously damaging his – and the Tor Project's – reputation.

It is the claim that those involved with the Tor Project had long known about the allegations against Appelbaum that led to the board's decision to resign en masse this week. It is believed the board had known for more than a year about such complaints but had not taken action.

Whether true or not, the perception was that the project's oversight board failed in its responsibilities. Those individuals now hope to put the embarrassing situation behind them by stepping down – although two of them, Tor co-designers Roger Dingledine and Nick Mathewson – will continue to work at the project leading its technical research and development.