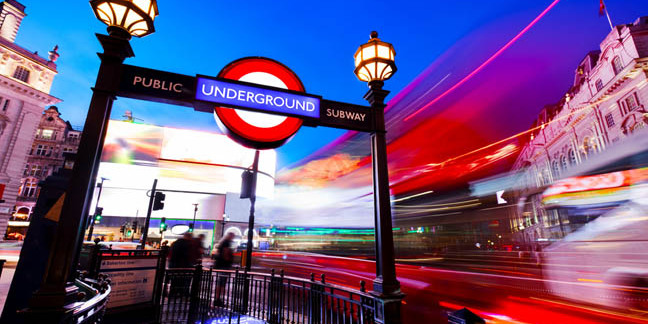 A contactless payment system built for London’s massive public transport network is to be made available commercially under a £15m deal.

Transport for London has agreed that its two-year-old contactless payment system can be modified and sold to other cities by Cubic Transportation System.

TfL is the body responsible for London’s buses, trains, and underground, reckons its system now accounts for one in 10 of the UK’s contactless payments.

Overall, TfL claims its system processes 31 million journeys each day - hapless commuters, suburbanites, massive school parties and many others all moving through the capital's bowels on varied missions.

Contactless is designed as an alternative to TfL’s already popular Oyster smartcard system, running since 2003.

Contactless works with iOS and Android phones and their respective owners’ payment systems, while also taking payments from chip-enabled bankcards.

The system works with Barclaycard’s bPay, so accepts payment from a range of devices including wristbands and key fobs.

Contactless phones or cards are presented to terminals mounted on ticket barriers in underground and train stations and on buses and payment taken.

CTS was part of the consortium with its parent Cubic Corporation and EDS that rolled out Oyster.

It has provided smartcard transport systems in Sydney, Brisbane, Vancouver and Chicago.

Shashi Verma, TfL’s chief technology officer and director of customer experience, said in a statement: “Contactless payments have completely transformed the way people pay for travel in London and this deal will allow other world cities to benefit from the hard work we put into making the system work for our customers.”

Much has been written about firms “becoming software makers” – that is companies in vertical sectors, such as car makers, transport firms or those in financial services, spinning out or selling the software they’ve build to run their operations.

According to TfL, the deal with CTS is the first in a number of “planned agreements” to sell its expertise. ®