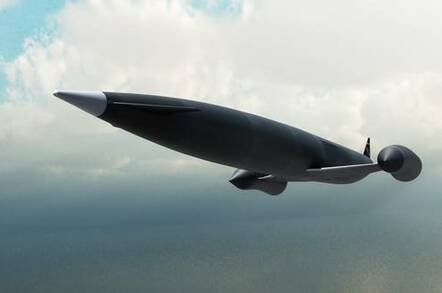 Skylon inches closer to the skies

The makers of the newfangled Synergetic Air-Breathing Rocket Engine (SABRE) have secured the necessary funding to fire up their hardware by 2020.

Reaction Engines – the Oxfordshire, England-based team behind the next-gen engine – signed a collaboration contract with the European Space Agency at the Farnborough Air Show on Tuesday, which in turn unlocks a full £60m (US$80m) grant from the UK government. The ESA will administer €10m of that cash and the UK Space Agency (UKSA) will take care of the rest.

That means both the ESA and the UKSA will have a hand in overseeing the project, which is reassuring. We should see the engine test unit firing by the end of the decade – with a full aircraft expected a few years after that.

According to the Brit biz:

Today’s signing represents the final piece of the British Government’s £60 million commitment of grant funding towards the SABRE programme. Within this commitment, €10m is being administered by ESA’s Technology Centre (ESTEC), alongside £50 million directly through the UK Space Agency.

"We've had valuable support from ESA and UKSA to date, and today's agreement is a further vote of confidence not only in the revolutionary potential of this technology, but [in] our ability to deliver on it," said Mark Thomas, CEO of Reaction Engines Ltd.

"We are now entering an exciting phase where we can accelerate the pace of development to get SABRE up and running."

The SABRE engine is designed to use jet propulsion to power an aircraft from standing to five times the speed of sound in the atmosphere. The engine then switches to rocket mode, which could push it to speeds of Mach 25 – nearly 20,000 miles per hour – easily enough to get into orbit.

Such systems are technically possible, but the amount of oxygen needed for fuel would make such an aircraft impossibly heavy. Instead, SABRE sucks the oxygen it needs from the atmosphere and uses it on-the-spot, with technology that has so far worked as specified.

ESA has been closely involved with the development of key parts of the SABRE engine – notably the precoolers that are required to cool incoming air from 1,000°C (1,832°F) to –150°C (–238°F) in just a hundredth of a second, without icing up.

Once a working engine has been built, the plan is to add two units to the Skylon space plane, which would be able to use conventional runways for takeoff and deliver 15 tons of cargo into orbit before returning to land.

"We want the UK to be the best place in Europe to innovate and the SABRE engine programme has the potential to change air and space travel forever," said Katherine Courtney, acting CEO of UKSA.

"Drawing on the expertise of the European Space Agency, our funding will help ensure that Reaction Engines and industry can collaborate to make this revolutionary engine a reality." ®