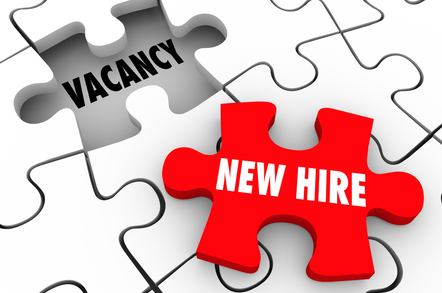 Hewlett Packard Enterprise has made Marc Waters acting managing director of the UK and Ireland as the process to recruit a permanent head begins.

Former local chief Andy Isherwood was yesterday confirmed as the new EMEA overlord, replacing Peter Ryan, who is himself taking on a global role running sales for the Enterprise Group.

In a message to staff – seen by us – Isherwood confirmed Waters as the “interim head of Enterprise Group and managing director UK and Ireland. Over the coming weeks we will run a process to point my successor.”

Waters joined HP in 1999 as a service specialist and rose through the ranks to become veep for the Enterprise Group a little over three years ago, taking on responsibility for the P&L accounts.

El Reg understands there are roughly four or five candidates in the running and the interviewing round starts imminently.

But channel sources reckoned Waters was the clear favourite to bag the MD role.

“HPE wouldn’t have appointed him as interim unless he was likely to get it,” one senior figure told us. ®

Hiring suits in UK for phase 1 of corporate conquest