'We shall overcome' net neutrality, sing Euro telcos in the key of 5Gs 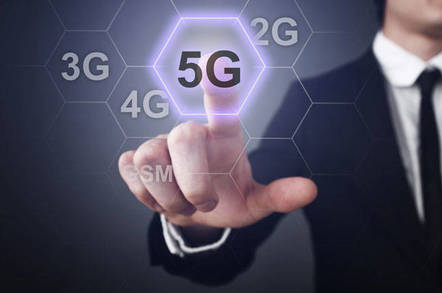 Europe's telcos have found a reason to shed any ambivalence they had about 5G, waking up with a shared vision that the technology can help them fend off Internet neutrality rules.

Even better – for the telcos at least – they've found a willing ear in the person of European Commissioner for the Digital Economy and Society Günther Oettinger.

After the carriers' collective presented its 5G Manifesto for timely deployment of 5G in Europe to the commish, he published a statement welcoming the document.

Saying that “policies and rules must be future-oriented, pro-investment and pro-innovation”, the manifesto thunders: “The telecom Industry warns that the current Net Neutrality guidelines, as put forward by BEREC, create significant uncertainties around 5G return on investment. Investments are therefore likely to be delayed unless regulators take a positive stance on innovation and stick to it.”

We must highlight the danger of restrictive Net Neutrality rules, in the context of 5G technologies, business applications and beyond.

The group warns that if BEREC (the Body of European Regulators for Electronic Communications) has its way, Europe will fall behind in 5G, and citizens will miss out on automated driving, smart grids, virtual reality, and public safety services.

BEREC's latest guidance in June on its April 'net neutrality rules permit traffic prioritisation for applications that need it, as long as regulators can be convinced it doesn't come at the cost of other users. ®