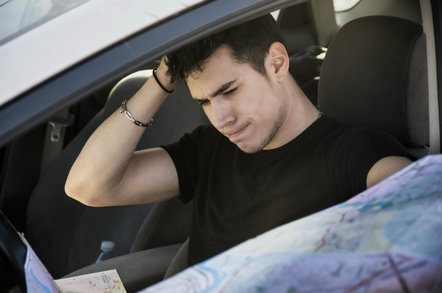 Both flaws were uncovered by security researcher Benjamin Kunz Mejri of Vulnerability Laboratory, who went public with two advisories (here and here).

El Reg has put in a request for comment on the flaws to BMW but is yet to hear back from the German carmaker. We’ll update this story as and when we hear more.

“The XSS is at the location of the secure token that is approved for each login requested,” he explained. “An attacker can send a valid token with this payload to exploit the BMW portal account users." The bug has been estimated to be of medium severity.”

The security issues with BMW’s connected car technology follow earlier issues with its kit and just weeks after security shortcoming in the Mitsubishi Outlander were exposed by security researchers at Pen Test Partners.

Independent security experts argue that a re-think in vehicle security architectures is overdue.

Simon Moffatt, EMEA director of advanced customer engineering at identity and access management firm ForgeRock, commented: “The BMW zero-day vulnerability that allows VIN session hijacking is yet another example of why an identity-centric approach to connected device management is essential in reducing risk and enhancing user experience. As more and more objects join the Internet of Things, high-end items such as connected cars will become increasingly attractive targets for hackers.

“Whilst manufacturers focus on end user experience and device connectivity, there needs to be a more joined-up approach to security, including a strong focus on device, service and user identity management,” he added. ®