The Great Brain Scan Scandal: It isn’t just boffins who should be ashamed

It's the luvvies who went mad for fMRI neurobabble 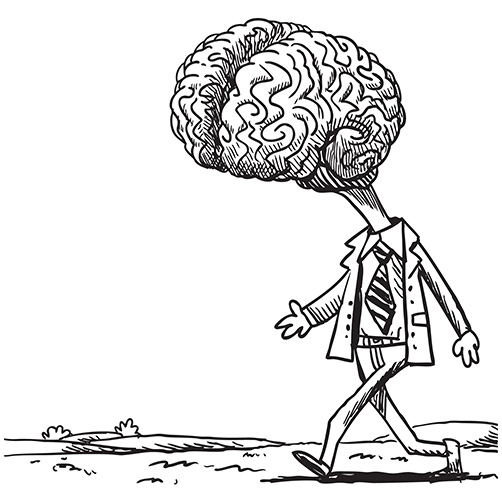 As we reported in 2013, when critical researchers examined the raw data generated by fMRI behind neuroscience, they found the papers’ mean statistical power was just 21 per cent. That means if you were to run one of the experiments five times, you’d only find the effect once. Other surveys put the number even lower. We noted:

What surely is the final salvo is the suggestion that 40,000 papers are unsafe. Surely, there's no ignoring the scandal now.

As Davies notes in the The Happiness Industry, the mania for mechanical brain-based explanations has had a dismal effect on public policy. The “political co-option of psychological science in which human activities are studied so as to better understand how they might be predicted and controlled” has burgeoned to such an extent, that “utilitarian, biological and behaviourist representations of human life have acquired a near-monopoly on plausibility in the West today”.

And that leads politicians to therapy - trying to make us feel better about something, like the NHS or immigration - rather than addressing the root causes or complexities of what that problem might be. It replaces politics with behavioural manipulation. Behaviourism snuffs out the political imagination.

Davies also notes another fascinating consequence - a slide into mysticism.

“Confronted by a social world that has been reduced to quasi-mechanical natural forces of cause and effect, the lure of mysticism grows all the greater. In the face of the radical objectivism of neuroscience and behaviourism, which purport to render every inner feeling visible to the outside world, there is a commensurate appeal in radical subjectivism, which claims that what really matters is entirely private to the individual concerned.”

Hence, Davies suggests, the Mindfulness cult: tune out, and focus entirely on the self.

“New age mysticism plugs the gap… Nothing like a public denunciation or critique of the powerful is possible under these conditions.”

The most useful criticism of the neuroscience project – as all conquering explanatory device - came from philosophers from across the spectrum, and I've recommended that newcomers start with two. Marxist Ray Tallis called it “neurotrash”; conservative philosopher Roger Scruton pointed out that far from dispensing with philosophical questions, it had simply moved or hidden them. So Professor Hawking had been wrong: just like you need a plumber when there’s a funny smell, we actually needed philosophers after all.

Another problem arises when we hand over politics to behaviourists. It places the watcher - the "scientist", or "policy maker" - in a peculiarly privileged position. It's a given in their experiments that everyone they're watching is assumed to be subject to behaviourist influences. But if that's true, then aren't they, too? If there's a universality of human behaviour, then as they go about designing their experiments, they must also be subject to those same influences. If that's not true, and they are somehow immune, then we are entitled to ask how could that be? What shields a behaviourist from behaviourism? Is it wearing a white coat?

And if all it takes is a white coat, we're then entitled to ask - can't we all have one? It could shield us from getting "nudged", which would be quite handy.

Better machines and better statistics won’t be enough to prevent history from repeating itself: the boffins were merely feeding a demand. We probably need a whole new intelligentsia: one less eager to reduce humans to programmable robots, or uncomplaining deterministic rats. But we might be in for a long wait. Given how this intelligentsia reacts to criticism, don’t expect ever to hear the word "Sorry". ®

This is what your brain looks like on bad data

Get 'em to a TED Talk, trickcyclist urged. They need neurobabble

Trump, Brexit, and Cambridge Analytica – not quite the dystopia you're looking for

Not EVIL, not FIRST, but yes... it's your data and they're using it