The truth about Silent Circle's super-secure, hyper-privacy phones: No one's buying them

Android mobe maker and Geeksphone fall out over debts 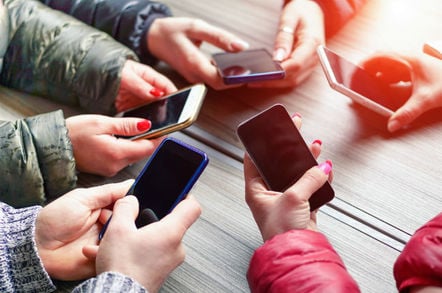 It seems that the Blackphone, the handset created by Silent Circle and Spanish firm Geeksphone, isn't as popular as its makers would like.

Geeksphone has sued [PDF] its erstwhile partner for $5m in a New York court, claiming that disappointing hardware sales have crippled the partnership and left the Switzerland-based Silent Circle owing it $5m plus interest. According to letters entered as evidence at the end of last month, sales have been dismal and Silent Circle is now mired in debt and seeking funding.

"The hardware business has proved to be a significant financial drain for Silent Circle," general counsel Matt Neiderman wrote [PDF] in a letter written in March.

"Because of the large purchase orders that proved to be bogus, Silent Circle borrowed money to purchase inventory and parts ahead so that it would be able to deliver devices to meet the demand it believed it had, and focused most of its resources on preparing for the launch, marketing and sale of the Blackphone 2."

The problem lay with partners, he said. In 2015, the firm had signed up three partners – Dubai-based Big On Group, Korean firm Sumion and América Móvil in the South American continent. Between them, the three had signed on to buy 250,000 Blackphones, but none had fulfilled their promises.

Big On failed to secure a line of credit to buy the promised 25,000 handsets and dropped out of the deal, while Sumion appeared to be a vaporware company, with no assets or ability to trade. América Móvil, meanwhile, appears to have severely overestimated demand and only purchased 6,000 phones, as opposed to the 100,000 it had projected it would buy that year.

The problems were compounded by the fact that Silent Circle had – on the strength of the original contracts – invested heavily in staff for the regions, and in building up its hardware production facilities.

Geeksphone is owed $5m because after it and Silent Circle formed a joint partnership, the Swiss firm offered to buy out its partner. A sum of $30,750,000 was agreed, with Silent Circle paying an initial fee of $750,000, followed by a payment of $5m by April 30 2016, and an additional $25m when the shares were assigned to the firm.

But no payment was made, and Silent Circle began to dispute Geeksphone's right to more funds. In another letter [PDF], dated ten days after the April deadline, Neiderman accused Geeksphone of not putting sufficient work into the partnership and offloading its staffing costs onto the partnership unfairly.

He also accused them of making fundamental errors in the design of the original Blackphone, stating that it used an inappropriate processor that had to be replaced in the second-generation phone. He also accused the head of Geeksphone of wildly overestimating the sales of Blackphone – predicting $750m in sales in 2015 when the actual figure was $10m.

All this has left the Blackphone consortium mired in debt. The court documents, surfaced on Wednesday by security journalist Tom Fox-Brewster, claim that a venture capitalist was due to invest $20m in the firm, but dropped out when it couldn't guarantee that it would be profitable in the next year and have no more debt.

All-in-all it has been a very hard year for Silent Circle. It has lost some key players, including CTO Jon Callas – who has rejoined Apple for the third time – and staff headcount is down around 15 per cent. But the firm told The Register that this was pretty normal.

"Some people have left for better opportunities as they have leveraged their experience at Silent Circle for jobs of greater responsibility. Love it," Vic Hyder, chief strategy officer, told El Reg.

Securo firm says it was a 'business decision', unrelated to warrants 'we didn't recieve'

But, hey ... we cut the roaming charges, mumble mobile carriers