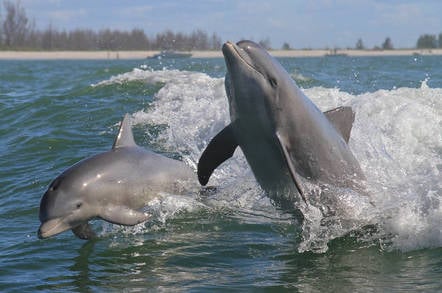 The Dolphin mobile browser is feeling the wrath of netizens angry over the new extensions being bundled with the app.

A Reg reader points out that the mobile browser has been hit with a string of one-star reviews and criticism from people who say they've had unwanted apps being installed alongside the browser, including a Dolphin Translator app.

"The Android browser Dolphin has forced a translation app on all users and is getting loads of one star reviews and uninstalls," our tipster said.

"This was a great browser but one poor decision has meant loads of uninstalls and reviews."

Indeed, it seems Dolphin's page on the Google Play Store shows a crop of scathing reviews on the latest versions (overall Dolphin still has a 4.5 star rating on the store).

"Bye dolphin Forced app. Used you for so many years, this is like a break up lol!," writes user Greg Dove.

"Uninstall and going to Chrome. I never ever ever leave feedback but I went out of my way to leave this. Goodbye. It was yours to lose."

The reviews being given to the Dolphin/YeeCloud Translator app itself have been similarly grim: "I could have taken a small ad in the bottom suggesting you install this new tool, in place of the one with useless stuff written on it," wrote user Rocco Galdi.

"But kicking people out of the browser and forcing this down everyone's throat is no way to treat your userbase. RIP Dolphin."

Users on Twitter were also eager to voice their displeasure with the move.

@DolphinBrowser Congrats, you turned your browser into malware. I hope they paid well!

@dolphinbrowser uninstalled Android app due to forced installation of addons

El Reg has reached out to Dolphin developer Mobotap for its side of the story, but at the time of publication we have yet to hear back. ®