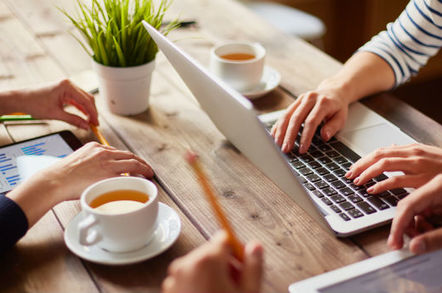 The figures have been published on the same day as a new short film, Data to Go, is launched online to raise awareness of this type of fraud. Filmed in a London coffee shop, the film uses hidden cameras to capture baffled reactions from people caught in a stunt where their personal data, all found on public websites, is revealed to them live on a coffee cup.

Identity fraud occurs when a fraudster uses personal details of an innocent individual to buy a product or secure a line of credit in their name. Crooks take the money and run, leaving the victim to argue the toss over fraudulent transactions. This creates huge problems, if not losses, for victims as well as affecting their credit rating, quite possibly for an extended period.

Fraudsters get hold of personal information (name, date of birth, address, banking details) in a variety of ways, including hacking and data loss as well as piecing together information volunteered through social media. The majority (86 per cent) of all identity frauds in 2015 were perpetrated online.

Simon Dukes, Cifas chief executive said: “Fraudsters are opportunists. As banks and lenders have become more adept at detecting false identities, fraudsters have focused on stealing and using genuine people’s details instead. Society, government and industry all have a role in preventing fraud, however our concern is that the lack of awareness about identity fraud is making it even easier for fraudsters to obtain the information they need.

“The likes of Facebook, Twitter, LinkedIn and other online platforms are much more than just social media sites - they are now a hunting ground for identity thieves. We are urging people to check their privacy settings today and [to] think twice about what they share,” he added. ®