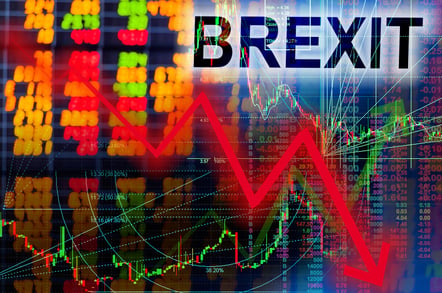 Dell has blamed a Brexit-induced sterling meltdown for a double-digit price hike across its portfolio in the UK.

As we revealed last week, the British pound has weakened to a 31-year low against the US dollar, making price rises inevitable. Today’s rate is 12.4 per cent lower than before the EU referendum.

Channel partners told us Dell had informed them of a blanket increase of ten per cent on 1 July, something they said they’ll need to ultimately pass onto customers.

“Customers expected it,” one told us, “there was an air of acceptance. Given the margins we operate on we can’t afford to swallow it [ourselves].”

Currency was an issue technology suppliers were already dealing with in 2015. Back then it led to previous price rises and subsequent spending forecast revisions - and now it’s been exacerbated by Brexit.

A spokeswoman for the Texan tech baron confirmed the changes:

We carefully consider price moves for our customers and partners, and have worked diligently over the past several months to postpone any increases pending the outcome of the EU referendum.”

Our component costs are priced in US dollars and unfortunately, the recent strengthening of the US dollar versus sterling and other currencies in the EMEA region, following the UK’s decision to leave the European Union, will have a direct impact on the price we sell to our UK customers and partners.”

The PR said the firm understood that this is an “uncertain time for many British businesses. It added that prices to UK retailers will not rise until exisitng stocks are cleared.

Channel people working with Dell's arch rivals Hewlett Packard Enterprise and HP Inc said those vendors have yet to put up their list price but expected it to happen.

A spokeswoman at HP Inc said:

HP is carefully assessing the Brexit situation to better understand its business and economic impact. In the meantime, we continue to actively move forward with day-to-day operations supporting employees, customers and partners.

HPE had not responded at the time of writing. ®

HPE has made contact, and a PR rep said:

HPE, like any other international company, adjusts prices based on exchanges rates and currency fluctuations. Adjustments in pricing are always communicated to our partners and customers through existing communication channels.