Has the regulator finally bitten off more than it can chew? 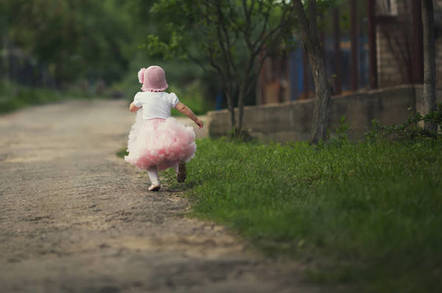 Twenty billion dollars is a lot of incentive, as the US Federal Communications Commission (FCC) has found out.

Following a proposal in January, later approved by three of the five FCC Commissioners, cable companies would be obliged to let third parties produce set-top boxes by making subscriber and channel information available in a standard format.

It would mean everything your cable box currently does could be included in the next version of a Roku or AppleTV.

The proposal is intended to bring an end to the notorious consumer rip-off where billions of customers are forced to "rent" the boxes at exorbitant rates from the cable companies: a wheeze that makes them on average $231 per household per year, almost all of it pure profit, and adds up to $20bn a year.

As a result the cable industry, fearing the loss of one of its biggest cash cows, has gone all in. It flooded the FCC's public comment period, threatened to sue, unleashed a wave of hostile reactions in a number of publications, caused a group of congressmen to publicly oppose the plan, got a congressional committee to introduce a budget rider to delay the plan, and even set up an entirely new group it called "The Future of TV Coalition," which comes complete with its own website and competing hashtag (#ditchthebox as opposed to the FCC's #unlockthebox).

That new body also proposed an "alternative" to the FCC's plan that it claims will enable consumers to get rid of their cable box but also "protect licensing, copyright, and privacy and strengthen diversity on TV." Under such a ferocious assault, the FCC has started buckling.

Despite their support back in February, the commissioners are now not so sure of the plan.

"Kudos to the chairman for kicking off this conversation," Commissioner Jessica Rosenworcel said in a statement provided to industry publication Broadcasting & Cable earlier this month.

"But it has become clear the original proposal has real flaws and, as I have suggested before, is too complicated. We need to find another way forward." A few days earlier, she had given a similar statement to Reuters.

Commissioner Mignon Clyburn has not distanced herself but her endorsement of the plan is noticeably lacking and her office has responded to questions about her position with a vague note about her continuing to "study" the proposal.

Most significantly, however, FCC chair Tom Wheeler noted that he was "open to compromise" on the FCC's plan and praised the fact that the cable industry had put forward an alternative proposal as "absolutely terrific" during a Q&A session at the National Press Club earlier this month.

He argued that the proposal by the cable industry shows that it has accepted that the FCC's proposal is doable and that the arguments pitched against it "fell by the wayside."

Faced with the fact that the cable industry is not going to let the FCC hand over control of its information without an enormous fight, Wheeler spoke of his interest in "constructive dialogue with them" on the specifics.

Having been forced off his broader plan, Wheeler is determined not to let the cable industry follow through on the inevitable next step, however: drag it out until Wheeler is no longer FCC chair and then let the whole thing drop.

He's wise to the plan. "There have been multiple times in the past where the industry said it would do similar things and they have never come to pass," Wheeler said. "Let's make it come to pass now," he continued, banging his hand on the podium.

It remains to be seen whether Wheeler, Rosenworcel and Clyburn can make that happen. By backing away from the FCC's initial proposal, they have already ceded the initiative and now the cable industry's well-oiled machinery will go into play.

The cable industry's first target will be to ensure nothing is agreed for six months until after the presidential elections in November. Tom Wheeler's term as FCC chair doesn't officially end until 2018 but traditionally, the FCC chair steps down when a new president comes into office.

Adding to that, and helping to explain her sudden dislike of the cable box plan she voted in favor of, Jessica Rosenworcel's term officially ends this week – 30 June 2016. Even though she has been approved for a second term by President Obama, Congress is dragging out her confirmation in an effort to force Wheeler to resign early. If he resigns, Senate Republicans have said, they will confirm her. Wheeler so far is refusing to blink.

If the Senate doesn't approve Rosenworcel by the end of the year – December 31, 2016 – she has to leave the FCC: a casualty in partisan warfare fed by cable company dollars.

With the FCC taking on the cable industry in so many other ways – net neutrality rules and data privacy rules being just two – it looks as though the regulator has bitten off more than it can chew with its cable box plan.

As for that alternative: here's betting this pretty infographic [PDF] is all you are ever going to see of it. ®