If people trust Bezos' boys with their data, this is going to rattle a few cages 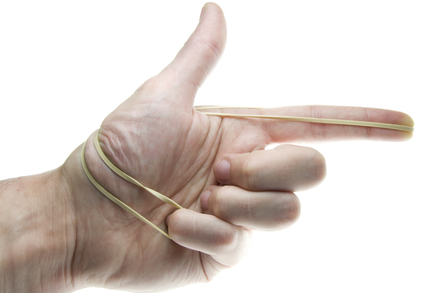 Isilon Nitro filer: an example of a product AWS wants to blow up with EFS

Amazon has made its Elastic File System (EFS) available, opening up an assault on on-premises filers.

EFS was first announced at the AWS summit in April last year with a preview coming later that year. It’s now available as a fully-managed service.

Customers can make a few click choices in the AWS Management Console to have EFS create file systems accessible to multiple Elastic Compute Cloud (EC2) instances via NFS, the Network File System protocol. The elastic description comes from EFS’ ability to scale up to petabytes in size.

AWS says it can support thousands of concurrent client connections with consistent performance.

EFS is highly available and durable, redundantly storing each file system object across multiple Availability Zones. There is no minimum fee or setup cost, and Amazon EFS customers pay only for the storage they use. It’s designed to support various file workloads, such as big data analytics, media processing, and genomics analysis. Workloads can be massively parallelised and require high levels of throughput, or latency-sensitive ones like content management, home directory storage, and web serving.

Amazon says that, when mounted to EC2 instances, the EFS file system provides a standard file system interface and semantics, allowing customers to seamlessly integrate Amazon EFS with their existing applications and tools. EFS is designed to provide the throughput, Input/Output Operations per Second (IOPS), and low latency that file workloads require. Every file system can burst to at least 100 MB per second, and file systems greater than 1 TB in size can burst to higher throughput as file system capacity grows.

This means businesses and public sector organisations can consider moving NFS file-based workloads to Amazon’s public cloud, opening up another huge breach in the on-premises data centre wall. They can look sat their on-premises filer estate and say: “You know what? We can forget about running that, powering that, sizing that, scaling that, getting it supported, three-year leases, and that operational complexity and budget shenanigans and just pay AWS to take the whole thing away.”

Of course, that same customer then has to say that they trust Amazon to deliver what it says it will deliver, and they may prefer to give money to Jeff Bezos rather than Joe Tucci, George Kurian or any other filer company CEO. The pricing will be fun. For sure, it will look cheaper than on-premises filers but will it be cheaper than software-defined filer products, such as Nexenta’s, running on commodity boxes?

The pricing is $0.30/GB/month in the UYSA and £-.33 in the EU (Ireland). Customers within their first 12 months on AWS can use up to 5GB/month for free. So now you can tot up your on-premises filer costs and make the comparison.

The Seeking Alpha website uses EFS, as does Arcesium, Atlassian, and Zend. Customers can launch Amazon EFS using the AWS Management Console, AWS Command Line Interface (CLI), or AWS SDKs. Amazon EFS is available in the US East (N. Virginia), US West (Oregon), and EU (Ireland) Regions and will expand to additional Regions in the coming months. ®