Google off the hook for feeding kids bad cookies 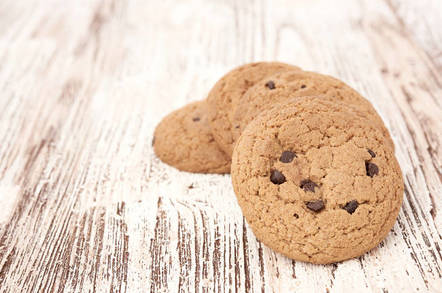 A US court has dismissed Google from a lawsuit accusing the advertising giant of illegally tracking small children online.

The US Third Circuit Court of Appeals said the Chocolate Factory will not [PDF] have to face allegations it used information about youngsters to serve them customized ads without their parents' knowledge.

Google and Viacom were together facing a class-action lawsuit that claimed Nickelodeon's Nick.com placed cookies on under-13s' computers and that Google used those cookies to work out which videos kids had watched and the games they played to dish out targeted ads.

It's against US law to gather under-13s' personal information without warning parents and getting their permission; it's claimed that permission was never sought.

However, the appeals court said Google was not liable as even though it served up ads to kids, it did not collect their info directly: it was given the data by Viacom's Nick.com servers.

Viacom was also largely let off, as the court said that the data gathered was deemed not specific enough to be personally identifying.

Google and Viacom were sued on behalf of kids who had visited the Nick.com site, alleging that its webpages, and its use of Google ads and third-party trackers, not only pulled in personal information, but did so despite promising parents that their kids are not tracked.

The Nick.com website had claimed: "HEY GROWN-UPS: We don't collect ANY personal information about your kids. Which means we couldn't share it even if we wanted to!"

The appeals court disagreed for the most part with the class-action's allegations, holding up a lower court's decision absolving both Google and Viacom. The appeals judges did, however, leave the door open to an invasion of privacy claim against Viacom, deciding that the company may have violated "intrusion upon seclusion" clauses of New Jersey state law when it told parents the site would not collect "any" information on browsing activities.

In absolving Google, the appeals court drew a parallel to case that inspired the Video Privacy Protection Act, the leaking of Supreme Court nominee Robert Bork's video rental history. Just as the court ruled that the Washington Post was not liable for receiving and publishing Bork's rental history from the video store, Google is not liable for receiving the IP address and browsing history Viacom's cookies collected.

The New Jersey invasion of privacy claim against Viacom will now be sent back to a district court for a possible jury trial, while the claims against Google and Viacom for violating the Video Privacy and Protection Act, the Wiretap Act, the Stored Communications Act, and the California Invasion of Privacy Act, will all be tossed. ®