The problem with Canada? The price of broadband is too damn high 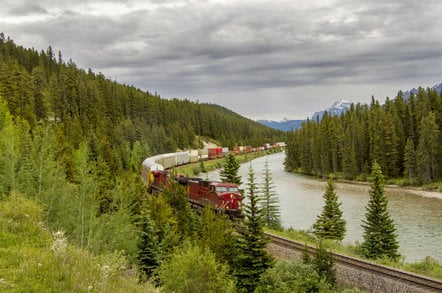 Opinion Openmedia, a digital rights advocacy group, has quickly become one of Canada's leading civil liberties organizations. Established in 2008 by Steve Anderson, Openmedia has run a series of successful campaigns which have made it the bane of Canada's telecoms oligopoly.

Past campaigns have focused on everything from net neutrality to usage-based billing; big Canadian ISPs had wanted customers to pay per byte, following the cellphone "data plan" model. Openmedia has also had a noticeable impact on Canada's last election through its efforts to get Canadian candidates to register as "pro-internet".

Openmedia's Meghan Sali took the time to talk to me about Openmedia's plans for the future and what this might mean for Canadians.

Continuing on from the previous efforts against usage based billing, Openmedia is currently engaged in efforts to combat zero-rating by Canada's big internet providers. This is a fairly standard net neutrality debate.

The big internet providers in Canada all own content distribution networks such as cable or satellite TV providers. They wish to protect those revenues by making third party content providers such as Netflix less attractive, or – if possible – completely unaffordable.

Openmedia disagrees with this approach and will be asking the CRTC to eliminate data caps in general. Without data caps, there wouldn't be a need to zero-rate content, removing the debate entirely.

Of course, that gets around the point of the exercise from big internet's viewpoint, and so the battle is ongoing.

Canada's Liberal party, currently in power, is launching a national security framework review. A big part of this review is Bill C-51. Bill C-51 is almost universally despised amongst the sort of people who know that Openmedia exists, and is strongly disliked by the Canadian public as a whole.

A product of the previous Harper government, the Liberal party under now-prime-minister Trudeau voted in favour of Bill C-51. Trudeau did not let his MPs vote their conscience on that vote. This is why I, personally, loathe Trudeau and his Liberals and also why there is a great deal of skepticism about whether or not this review is real or a sham.

Openmedia intends to keep the pressure on the Liberals and to make sure Canadians know about the topics and why they need to pay attention.

The Liberals have promised both online and offline consultations on various topics. One topic Openmedia is hoping to include is a discussion about the use of Stingray devices, including how the data is stored. Openmedia says they are likely to do a variety of engagements, from protests to an engagement festival, and will create online tools to make providing feedback easier, and making sure they get the word out about any in-person events.

Sali says Openmedia aims to make engaging with the government "as easy as possible for as may Canadians as possible" and is committed to "removing the hurdles from putting [Canadians'] voices on the record."

The Trans-Pacific Partnership is another issue Openmedia has taken issue with. Openmedia created Letstalktpp.ca, a tool that facilitates the submission of briefs to the standing committee as they engage in their "pre-study" of the TPP. Pre-study is a bit of a misnomer, considering that the Liberals have already signed the treaty, despite opposition. They are currently "consulting" to determine if they should ratify it.

According to Sali, more than 20,000 Canadians have raised their concerns thus far. The standing committee was originally supposed to be finished this month, but extended its deadline until October in order to allow more Canadians to voice their opinion.

The TPP is an interesting trial case for Openmedia, and the Liberal government itself. On the one hand, Ralph Goodale, Minister of Public Safety and Emergency Preparedness and also the deputy Prime Minister, sat down with Openmedia to discuss the topic. This is a huge departure from what was experienced under the previous Harper government.

On the other hand, the Liberals have promised Canadians the Moon on a stick for $24.99 and have yet to delivery on any of it. Openmedia is publicly taking a wait-and-see approach, waiting to see if the voices of Canadians are going to be heard, or if the public engagement efforts are just for show.

In particular, with the TPP, it is felt that it has been demonstrated that the public sentiment is overwhelmingly against the TPP. Canadian opposition to this has been demonstrated; how the government responds will set the tone for government-citizen interaction around C-51 and other national security matters.

When asked about the whether or not Openmedia is being taken seriously, Sali doesn't hold back. "We've seen over the last couple of years, as we grow our community of Canadians, we're being taken more seriously by ministers and members of the political class. First and foremost, our mandate has been to bridge the gap between the policy-making in the political class and ordinary citizens. How the Liberal government is reaching out to Canadians, and that's a really big win...but we're waiting to see how this works out, and to see if these are actually genuine consultations."

Sali continues, "Openmedia has always stood in the middle ground between policy-makers and Canadians. The mandate is seen as a really useful endeavour by policymakers: it allows them to go and take the temperature of everyday Canadians on a topic."

Prominent Canadian media outlets are also warming to Openmedia, says Sali. "The CBC regularly we reach out to and have a good relationship with them. We regularly see more of the mainstream media coming to us and speaking with us. Our credibility is based in the ability to say 'we know where Canadians are at with these issues' and we are having that accepted."

When asked about future concerns, Sali talked in depth about the transnational issues surrounding internet governance. "Regulating the internet on a national level is difficult and not enough. National regulations spill out over borders. Building a community of individuals around the world to work together to raise and promote the issues all around the world."

Sali closed out the conversation by saying that she believes Openmedia's role was to continuously be "reimagining the way we can create policy that affects our lives, both online and off. Reaching out to the people who will be government by these policies and asking their opinions before the policies are passed."

Digital policy is no longer a niche concern. As a Canadian, I'm glad organisations like Openmedia exist to help us make sense of it all. ®