US Senator Wyden: Why I had to halt FBI's latest internet spying push 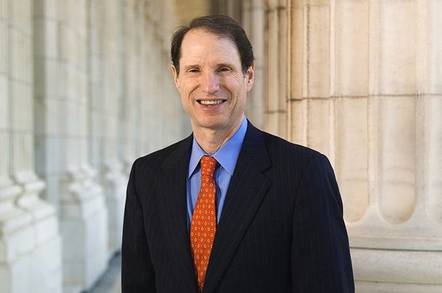 US Senator Ron Wyden (D-OR) has placed a hold on the 2017 Intelligence Authorization Bill – because it would allow the FBI to snoop on people's browser histories without a court order, and weakens oversight of the intelligence community.

The bill as it stands would allow the Feds to use National Security Letters (NSLs) – which don't require a court order – to monitor a suspect's internet activity, including which websites they visit and how long they stay on them.

The FBI issues thousands of these letters every year to telcos and other organizations demanding information such telephone and email records. If you receive one, you must remain silent about its existence. If the aforementioned bill is passed, agents will be able to widen the scope of personal data they can obtain about you.

The proposed law would also reduce the oversight role of the Privacy and Civil Liberties Oversight Board (PCLOB), a body set up to make sure intelligence agencies remain within the law. The new legislation would limit the PCLOB to US investigations only, giving the US a free hand to surveil the rest of the world.

"When the Intelligence Committee considered this bill last month, I voted against it," he said on the Senate floor.

"While I respect the effort that the distinguished Chair and Vice Chair of the Intelligence Committee have put into drafting this year's bill, it would dramatically and unnecessarily expand government surveillance authorities, and it would undermine independent oversight of America's intelligence agencies. So I have objected to this unanimous consent request."

In an interview with The Register, Wyden lambasted some members of Congress for their continual attempts to use national tragedies to push for "knee-jerk" legislative changes that neither increase security nor protect privacy.

Just last week, senators invoked the 49 deaths in Orlando as an excuse to give the FBI the authority to use NSLs to track internet usage. The attempt failed by just one honest vote – with Senate Majority Leader Mitch McConnell also voting against the bill so that he could force a revote.

Meanwhile, the US Department of Justice is attempting to grant the Feds fresh surveillance and hacking powers without a vote by politicians, using a procedural change to Rule 41 of the Federal Rules of Criminal Procedure. The US Supreme Court approved the change in April and it will come into effect on December 1 unless Congress acts.

Wyden and Senator Rand Paul (R-KY) have introduced a bill to do just that – the Stopping Mass Hacking Act – and a similar bipartisan bill is under consideration in the House of Representatives. But Wyden said time was tight to get this done.

"The Department of Justice's position on this is that it is a modest change, but if you buy that one I have a bunch of bridges to sell you," Wyden told The Reg.

"It's a major policy change that has huge effects. I don't think the DoJ [Department of Justice] should be able to wave its arms around and grant itself sweeping new powers."

Rule 41 is also a major concern because it allows the FBI to hack into suspects' computers and systems that have been compromised by botnet malware.

The irony of the repeated attempts to allow the FBI to use NSLs for snooping is that the agency already has the powers to conduct these investigations – they just have to ask a judge. Wyden himself added a clause to the USA Freedom Act to allow the FBI to hack first and ask for permission later in emergencies, but it seems this wasn't enough for the Feds.

"I think it's clear that this isn't really about giving law enforcement new powers, it's all about the fact that they don't want to do some paperwork," Wyden said. "I think we'll have to walk them through it one at a time."

Wyden has earned a reputation as one of the toughest advocates for privacy in Congress, and he vowed that the fight to block laws that claim to offer security and yet make the majority of us less secure will continue. It looks like an impossible job, but he isn't giving up.

"We always start behind in these fights," he said. "Again and again we've won against dramatic odds, but this one is going to be particularly tough." ®