All right, pet? Getting owlish about Hedvig 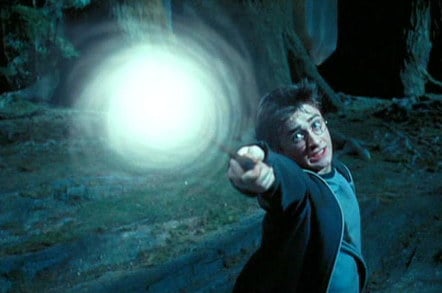 Comment Trying to position Hedvig's software-defined storage in a market function way is next to impossible as the software is so flexible. And that could be a brilliant position for Hedvig to be in.

The startup's distributed storage platform can provide storage for traditional workloads, new-style containerised workloads, hyper-converged systems, and hyper-scale systems. Basically it seems like it'll work for whatever you want, apart from high-performance computing and tier 0 fast-response production use cases.

Virtual disks are broken up in logical units (containers) which are spread across the cluster.

If you have SSDs, the proxy software can use them to cache data for that server. It's a good fit for multi-tenancy. It does stretch clusters. It supports containers. It can fit traditional workload needs and two modern needs:

What is meant by hyper-scale and hyper-converged is not what you might think, though. Some 20 per cent of Hedvig deployments are hyperconverged, meaning partners integrate Hedvig software with hardware and hypervisor, etc, to supply as an integrated system. So far so traditional.

The other 80 per cent of deployments are so-called hyper-scale, but it is not hyper-scale in the Facebook/Google/HPC node count sense. Bluntly, it is deployed in a scale-out way, CEO Avinash Lakshman calling it incremental scalability, as opposed to the (so-called) hyper-converged deployment.

In El Reg's view, Hedvig's wide comfort zone is as a virtualised, incremental scale-out, software-defined, external storage array resource, and it can cover all secondary and many production data needs.

Hedvig fundamentally believes, in effect, that hyper-converged in the Nutanix/SimpliVity sense – with, it says, compute and storage scaled in lock-step – is bad.

Many startups adhere to the notion that they should concentrate on a niche and try to dominate it. Hedvig does not have this strategy; it is a generalist and goes after bread-and-butter IT use cases. Many customers are using it as a backup target - how unglamorous and unsexy is that?

Lakshman said: "We hope our customers use Hedvig for almost all their storage needs." But not high-end SSD-based corner cases.

El Reg thinks that if customers use Hedvig only for niche workloads, then they are not using it to its full potential. It's not designed to be just another storage silo. Let it land and then expand and expand.

Hedvig could go after OEM deals but, right now, it's focused on meetings in the channel.

It is working on analytics, using machine learning, and that's a work in progress. It will run in the cloud, receiving information from deployed clusters, analyse the info and issue pre-emptive alerts. The predictive analysis function is called Pensieve, after the object in the Harry Potter books which is used to review memories.

Hedvig is making good and steady progress. Its customers seem pleased with what this storage software can do and enlarging its use inside their IT estate. Hedvig the owl is gradually increasing its hunting territory - to wit: to woo. ®

Exclusive Startups getting squeezed as market settles into maturity

Put a Red Hat on your virtual machines and steal away

Just imagine what you could do with twenty-one million dollars