Thinking of using multiple clouds? Don't do it, stick with us says AWS CEO 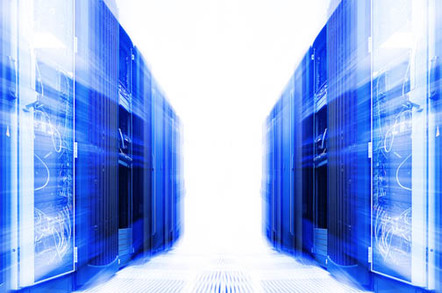 Amazon Web Services (AWS) CEO Andy Jassy spoke against the idea of using multiple cloud providers at its Public Sector Summit earlier this week – well he would, wouldn't he.

A lot of organizations "start off thinking about how to split it up across multiple clouds," said Jassy. "When they get deeper into the investigation, the vast majority don't end up choosing to be multi-cloud. They predominantly use a single provider."

The motivation for using multiple cloud providers is generally to avoid lock-in and to protect against outages. According to Jassy though, the downside is considerable.

"If you want to go multi-cloud what you have to do is to standardize on the lowest common denominator, and these platforms are nowhere close to the same. There is so much more capability and maturity in AWS than the other providers, and also iterating at a much faster clip," Jassy claimed.

"The second thing is, for anyone who's had to maintain multiple stacks, it's a pain in the butt. It's hard, it's resource intensive, it's costly, and development teams hate it.

"The third reason is that you give up some of your buying leverage, because all the providers have volume discounts, and if you split it over more entities, you don't have the same buying leverage," he said.

Concerning lock-in, Jassy said Amazon's services "are built on open standards like MySQL and Postgres and MariaDb and Linux," making it easier to move.

On the other hand, if you stick with open standards, is it really so hard to deploy to multiple cloud providers? File that under questions not asked of the AWS chief. Unfortunately there is a degree of lock-in with AWS, because many of its APIs are in fact unique to its platform.

Roy Illsley, principal analyst at Ovum, told The Reg that "multi-cloud is something that's here to stay. Organizations will look at their cloud strategy and mitigate the risk of not having a single provider for everything. That's going to be the reality.

"I can understand AWS saying we want to be the one cloud for the world, but that's never going to happen," – though he agrees that developers prefer a single cloud approach and may primarily use one cloud provider for core applications.

Illsley also believes that the technical lead enjoyed by AWS is gradually eroding, rather than increasing as Jassy suggests. Costs are also similar, he said.

"I was just reviewing a cloud strategy for an Australian government agency. They've got a complete move to the public cloud strategy over the next two years. When you look at the cost, there is very little difference between AWS, Microsoft Azure and IBM SoftLayer. It is a case of who you trust, who you have the relationship with."

What is next for AWS? The company is careful not to pre-announce its plans, but Jassy said, "You should expect to see a lot more geographic expansion from us. Virtually every tier-one country will have an AWS region." This is in keeping with his hope that "very few companies are going to own their own datacenters." ®