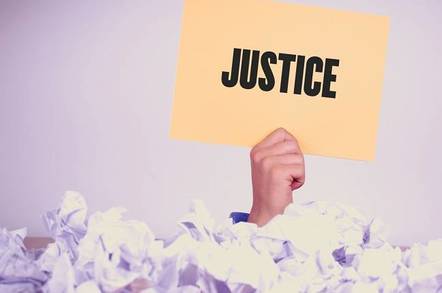 The attempt to dismiss a patent judge from his position – including unsubstantiated claims that he possessed Nazi memorabilia – has led to fierce formal criticism of the president of the European Patent Office (EPO).

The EPO's independent Boards of Appeal published a report [PDF] Thursday in which it decided not to dismiss the judge, in large part because of the actions of EPO president Benoit Battistelli.

Mr Battistelli had sent a letter to the board claiming that it did not have the right to investigate the case or conduct an appeal. As such, he said he would not allow any EPO witnesses to appear. He also argued that any decision of the board would be "unlawful."

The board was meeting to decide whether the judge should be removed from his position on the Boards of Appeal – a five-year position that is supposed to be independent of EPO management.

But by threatening the board, Mr Battistelli had "undermined the fundamental principle of judicial independence," the board noted, adding: "All present members of the Enlarged Board find themselves threatened with disciplinary measures if they continue with these proceedings in the presence of the public, and seek to determine the facts of this case."

The judge in question was dismissed by the president for allegedly leaking documents that embarrassed Battistelli and EPO management and for making anonymous criticisms of them.

Battistelli set up an investigative unit – nicknamed "the Stasi" internally – to root out who was making the criticisms. It concluded that the judge was behind the leaking and he was suspended. The decision was then backed up by a disciplinary council.

When it came to removing the judge from the Boards of Appeal however, the independent body decided to look deeper into the issue, prompting an unusual series of events where the EPO's Administrative Council lodged and then withdrew two successive complaints before finally settling on a third complaint in which its initial allegations were reduced from five to two.

The appeal board decided to give the judge the opportunity to respond to the allegations, especially since the judge had been publicly disparaged in the press by EPO management, who claimed to have found two truncheons and Nazi propaganda pamphlets in his office. The judge asked that the board hold its meeting in public so he could clear his name, and the board agreed.

That decision to hold a public hearing led to an extraordinary letter from Battistelli who had hired a British QC to write a legal opinion, the most significant part of which questioned the board's very authority.

"In view, in particular, of the gravity of the reputational, security, welfare and public order risks identified, there is a strong case for saying that any decision to conduct this hearing in public would be unlawful because it could not be defended as either proportionate or reasonable," it read in part.

The appeal board did not take kindly to the threat, and asked the chair of the Administrative Council to distance himself from the threats, which he then failed to do.

The board wrote: "In such a situation, the Enlarged Board cannot legally continue with these proceedings. As a consequence it cannot make a proposal to the Petitioner to remove the Respondent from office."

It then stated: "The intervention of the Office President, and this intervention alone, prevented the Enlarged Board from continuing the proceedings as had been planned, from examining the case on its substantive merits as put forward by the Petitioner, and from establishing whether serious grounds for the removal from office of the Respondent existed in accordance with Article 23(1) EPC."

This is simply the latest in a long series of complaints about Mr Battistelli's behavior. Just this week, an anonymous group of staff wrote an open letter to the representatives of European countries asking them to fire him. Previously there had been a zero per cent vote of confidence in him.

The judgment also comes just before a meeting of the EPO's Administrative Council, where it will consider what progress he has made on a previous request for him to improve conditions at the EPO.

So far, Battistelli has been able to persuade the Administrative Council to continue backing him and his proposed reforms, but with even the organization's highest judicial body accusing him of overstepping his role and undermining the organization's very functioning, it is hard to imagine how he will continue to retain support. ®