Put storage inside the individual hosts of a virtual cluster? You're CRAZY... Like a fox 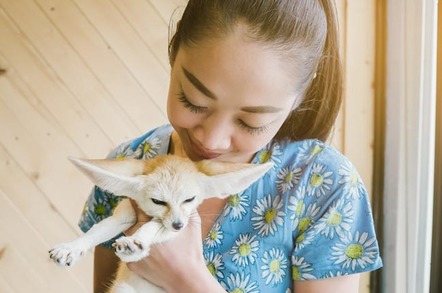 Sysadmin blog Hyperconvergence, putting storage inside the individual hosts of a virtual cluster, was supposed to save us from the cost and expense of centralized storage. Thus far, mainstream providers of hyperconvergence have largely failed to deliver on this promise. 2016 looks set to be the year this finally changes.

Nutanix has been the standard bearer for the hyperconvergence market because it is the loudest and brashest of the bunch. It wasn't the first – that honour probably goes to Pivot 3 – nor is it the best (assuming we can all agree on a means to judge that nebulous metric). But Nutanix is the bellwether by which hyperconvergence as a whole is judged, and it has finally joined its peers in offering something that, at $25k for three nodes, could be considered affordable to the mainstream. I am assured that this is only the first move amongst many that will make even me happy with Nutanix's pricing.

Of course, Scale Computing and others have been able to offer redundant, high-availability clusters in the critical $25k - $50k range for some time, however, the bulk of the three dozen or so hyperconverged vendors out there have been focusing almost exclusively on the upper midmarket and enterprise customers.

Nutanix embracing the mainstream customer proves what I've said all along: when everyone grasps hungrily for the same tasty slice of market, no one gets a particularly big piece. Once they figured that out, turning their gaze to the rest of the pie was inevitable.

Where Nutanix goes, VMware follows. Your correspondent predicts that a year or two from now, VMware will catch up and provide a similarly priced offering for the mainstream market. As for the rest – SimpliVity, EMC, Cisco and so forth – we shall see.

Some players will never move downmarket. They're only comfortable within the confines of enterprise sales and would rather drop hyperconvergence altogether than sell to the plebeians. Others will get there eventually. What matters is how this choice will ripple out to the rest of the storage industry.

Like it or not, Nutanix has become almost a household name in tech. It certainly is the name amongst ordinary sysadmins when people talk about hyperconvergence. Other vendors' offerings – including VMware's VSAN itself – are described as "like Nutanix but", with the differentiator from the marketing leader being the focus of discussion.

"Nutanix, but you can afford it" changes the game. The other mainstream-focused HCI vendors – Scale, Cloudweavers and so forth – are on notice. Half-measures officially won't cut it any more. They turn the marketing dials all the way to 11 or they evaporate. It's as simple as that.

Nutanix making even a semi-serious push into the mainstream should be causing traditional centralised storage vendors to lose a lot of sleep. Most of the big names struggle to deliver HA storage for $50k. Now there's a company with a name sysadmins recognize that will deliver a redundant, HA-capable cluster of storage and compute that's actually cheaper than the floor cost of similarly priced traditional storage alone.

The incumbents will soon figure out that doing the same thing over and over won't ensure victory. Today's startup is tomorrow's feature and there are demonstrably too many players in this game already.

Start getting those requests for quote ready, dear readers: the storage bloodbath has begun. ®