Surveillance, interrogation and threats: Behind the Nest witch-hunt 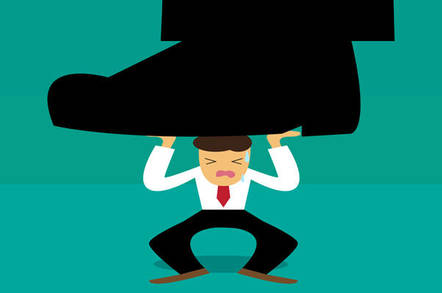 Managers at Google-owned Nest threatened their employees, asked co-workers to report on each other, carried out unlawful surveillance of phones and laptops, and unlawfully interrogated staff.

That's according to the complaint filed by a former employee at the smart thermostat company with the National Labor Relations Board (NLRB), the details [PDF] of which have been made available to The Register through a Freedom of Information Act request.

Last month, the unnamed employee was fired from his job at Nest. In a subsequent termination letter, provided to the press, it revealed that he was axed for posting memes from Google's internal noticeboard to Facebook, as well as messages about Nest CEO Tony Fadell.

Those memes were highly critical of Nest's management and Fadell. In particular, the decision by Nest to end support of the $300 Revolv home automation hub, which effectively made it useless.

The memes were noticed and republished online, prompting what the employee's lawyer called a "witch hunt" at the organization. That investigation led to the employee's firing – something that he asserts in the NLRB complaint is illegal, since it infringes his "Section 7 rights."

Those rights state that employers are prohibited from coercing employees, particularly with respect to warning them they will be fired if they don't do what they tell them to.

In the formal complaint, the grounds include the claim that Nest/Google "maintain a data classification policy and conduct that prohibits the exercise of Section 7 rights" – in other words, it bans the use of social media to discuss internal matters.

This is something that Barker says needs to change. "Google must revise its confidentiality policies to make clear that employees have the right to discuss their working conditions with whomever they wish," he wrote. "Google must revise its code of conduct to make clear that complaining about their working conditions is not forbidden."

Just one day after details of the case emerged, Tony Fadell announced he was leaving the company.

If successful, the case would force Google – and no doubt many other Silicon Valley companies – to revise its policies on social media. It could also reinstate the employee and provide him with back pay.

The NLRB declined to provide anything but broad details of the case, citing rules that allow it to limit the release of documents that could impact an ongoing case. ®