'Constitutionally incompatible' to get the digi-bods to do it 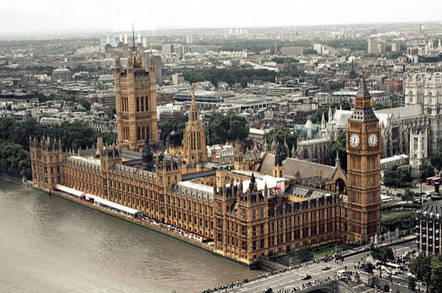 The Palace of Westminster. Pic: Misko/Flickr, licensed under CC 2.0

The UK Parliament is hiring a load of web developers, analysts and UX folk as it prepares to revamp its website – and it's keeping the whole project well away from the Government Digital Service, The Register has learned.

Parliament's website, while functional and reasonably clear, is a bit long in the tooth – and its presentation of vital items such as the Hansard record of Parliamentary debates has spurred third parties to build alternative, and arguably superior, presentations of the same information.

Now, however, work is under way to build a new site for Great Britain's legislative houses, with an expanding team of in-house developers and analysts already hard at work.

The Parliamentary Digital Service (PDS) has been collecting data about users of the Parliament.uk website for the last two years, according to its blog, and reckoned that in March 2014 it had 1.7 million unique visitors, an increase of 25 per cent on 2013. It has even set up what it calls “web forums” on behalf of Parliamentary committees. These look and function very much like comments threads here on El Reg (without the Linux/Windows/Apple/Android wars) and allow Parliamentarians to read what the great unwashed have to say about issues du jour.

At present work on the new Parliamentary website is in its alpha phase, having kicked off in March. The first sections of the new site will go live within the next year, we're told, and it is being developed with “strong user input and agile methodology”, so beta versions of the site will be available for Joe Public to gaze upon before the full thing goes live.

The 19 new jobs advertised within the PDS include roles for front-end and full stack devs, researchers and designers – with the head of user research and design's salary being advertised at between £62,000 and £75,000.

This is all very good but why hire a bunch of bods to replicate GDS?

El Reg asked Parliament's backroom people, surely spending taxpayers' money on hiring an in-house web design team just copies the Government Digital Service (GDS)? Wouldn't it be better for the taxpayer if they were brought in to get the job done?

A Parliamentary spokesman said, in response:

Parliament exists to hold government to account and therefore it would be a conflict of interest, and constitutionally incompatible, for the Government Digital Service to provide the services. In 2014 MySociety was commissioned to conduct an independent review of Parliament’s online services. Their two recommendations were the formation of a single digital office comprising ICT and digital, and the appointment of a single head of digital to lead it. As we build the new website for Parliament, we are planning how we will run and improve the new website as an operational service, and recruiting the capability we need to do this. Retaining an in-house team will, we believe, give the taxpayer value for money.

Readers will be interested to know that MySociety is the charity behind the TheyWorkForYou website linked above, as well as other useful resources such as WhatDoTheyKnow, a repository of Freedom of Information questions and responses. ®

After publication of this story, Parliament's PRs got back in touch and asked to have this line added: “We have a strong relationship with GDS and are learning valuable lessons from them; if we can reuse their expertise, standards and governance and/or code, we will do.”

Was it something they said?