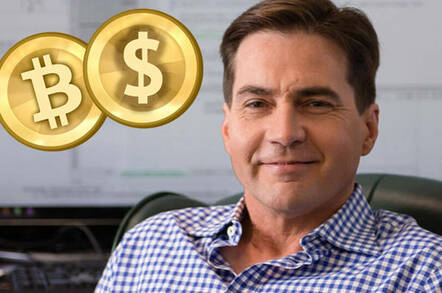 Dr Wright submitted the paperwork in the UK through EITC Holdings registered in Antigua. EITC Holdings filed 25 patents with the Office last week.

These bear titles including 'operating system for blockchain IOT devices', 'methods and systems for the efficient transfer of entities on a peer-to-peer distributed ledger', and 19 entries under 'implementing logic gate functionality using a blockchain'.

EITC Holdings has filed 51 patents with the UK Intellectual Property Office this year.

Those include 'blockchain implemented counting system and method for use in secure voting and distribution', 'enhanced blockchain architecture and protocol that leads to the infinite scaling of payment networks in real time for bitcoin with segregated merchant markets', and 'secure multiparty loss resistant storage and transfer of cryptographic keys for blockchain based systems in conjunction with a wallet management system'.

Close associates of Dr Wright who are EITC Holdings directors told Reuters the company seeks to file about 400 patent applications.

The patents were first revealed in a 35,612 word opus on The London Review of Books by writer Andrew O'Hagan who had spent some time with Dr Wright, in which Robert MacGregor, chief executive officer of money-transfer firm nTrust, claimed the technology would be worth up to a billion dollars.

They would bring Wright to London and set up a research and development centre for him, with around thirty staff working under him. They would complete the work on his inventions and patent applications – he appeared to have hundreds of them – and the whole lot would be sold as the work of Satoshi Nakamoto, who would be unmasked as part of the project.

Once packaged, Matthews and MacGregor planned to sell the intellectual property for upwards of a billion dollars. MacGregor later told me he was speaking to Google and Uber, as well as to a number of Swiss banks.

He had some once, but lost them down the back of the sofa