Co-founder: I think graph is going to be big 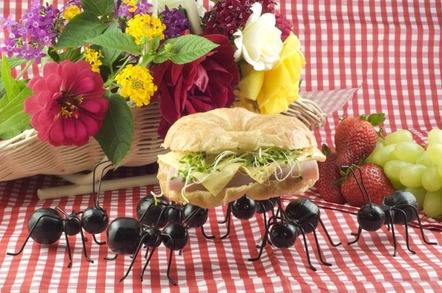 NoSQL startup DataStax has announced the release of the newest version of its enterprise edition database, DSE 5.0, which ships with a graph database for cloud applications.

Santa Clara-based DataStax now claims it has more than 500 customers in over 50 countries, including Netflix and eBay. Its "does what it says on the tin" enterprise offering, DataStax Enterprise 5.0, will be available from 28 June, offering a certified version of Cassandra 3.0 with support for a wide range of data models.

It also includes DataStax Enterprise Graph, a real-time graph database for cloud applications, which a canned statement said is “inspired by the open source Titan graph database” – though “inspired” is perhaps too gentle a reference to DataStax's acquisition of Aurelius — the company behind Titan — last year.

Talking to The Register, DataStax chief customer officer and co-founder Matt Pfiel was enthusiastic about the future of graph databases: “I think graph is going to be big. It makes it easier to consume these cloud database technologies for the customer to move quicker with building out their business needs.”

Graph databases are increasingly popular in the NoSQL space, with Neo Technology's Neo4j 3.0 being released earlier this year, and Apache TinkerPop being announced as a top-level project at the foundation just a month ago. TinkerPop notably was developed at Aurelius and donated to the Apache Software Foundation by DataStax.

Pfiel was confident about DataStax's offering, though, telling El Reg that “DataStax Enterprise Graph is to Neo4j as Cassandra is to MySQL”. It's all matter of distributed computing, in Pfiel's view, in moving away from the world of machine meanness, and DataStax was focused on “being the best database for cloud in the world”.

The company isn't there yet, but it is growing. Pfiel admitted he no longer knew everyone he worked with. In early 2013 the company hit around 50 employees, “the magical tier” according to Pfiel, in which you introduce another layer of management between those heading the company and the drudgeons.

It then hit 300 employees between 2014 and 2015, and with over 400 staffers at the moment the company is still hiring “aggressively on the sales front,” Pfiel told us, saying “the cool thing about software is you can build it once and sell it a million times”.

The top corporate priority at the moment is to be mindful of the spend-to-return ratio, though as with many startups, Pfiel said those running the company “have intentionally never tried to make it profitable. We want to be reinvesting for (market) growth,” he added.

The Grand Old Cause for DataStax is still a matter of replacing the incumbents, the Oracles of the world, Pfiel had previously told us. The distributed DataStax Enterprise Graph is intended to help with that, being particularly suitable for those use-cases, with Apache Cassandra offering what Pfiel reckoned was a technological advantage over Oracle in the cloud space.

DSE Graph will include Cassandra’s key-value and tabular data models, JSON/document models and graph, with each data model inheriting Cassandra’s key benefits and DSE’s enterprise grade functionality. It will be sold as an option to either a DSE Standard or DSE Max subscription.

Firm plans to stuff a sizeable chunk into AI, naturally

CEO: Are we scared of Oracle moving in on our space? Nope

Neo4j graph database boss: 'The mainstream is always under attack'

Neo4j bolts on binary protocol to up its graph database game

If you need an in-mem analytics cruncher – and, hey, who doesn't? – Microsoft Graph Engine is now open source

Now sing with us: Validation, governance and security