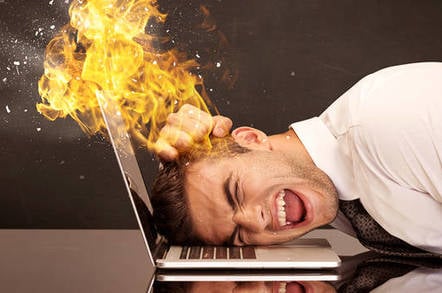 Swedish infrastructure company Telia is to blame for a massive internet outage today after an engineer apparently misconfigured a key router and sent all of Europe's traffic to Hong Kong.

The Tier 1 network provider is one of fewer than 20 companies that provides a basic foundation for much of the internet. It sent a note to other network operators several hours after huge disruptions were reported across Europe apologizing for the mishap.

When millions of internet users reported problems with their internet connections, covering everything from WhatsApp to Slack, it was so significant that the first assumption was that a transatlantic cable had been damaged or cut.

It turns out that the problem was human error caused by a Telia engineer, and the company was able to fix the problem relatively quickly. The knock-on impact was huge, however: countless services and websites relying on the Swedish company's network reported problems, causing a wave of complaints from users.

Once fixed, things should return to normal pretty quickly. However, there may be a significant impact on Telia itself.

The mistake is so significant that the CEO of content delivery network Cloudflare, Matthew Prince, has already taken action against the company. "Reliability of Telia over last 60 days unacceptable," he tweeted. "Deprioritizing them until we are confident they've fixed their systemic issues." ®

CloudFlare apologizes for Telia screwing you over

MWC18 Treat us like the OTT providers, beg operators

Trojans nipped in the bud