Among fastest group to recover from impact 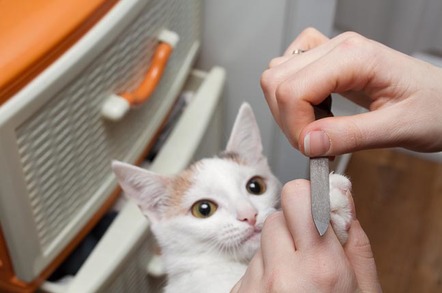 Over 90 per cent of mammals were killed in the same impact event that caused the dinosaurs' demise after a gigantic asteroid came crashing down on earth, according to recent research published in the Journal of Evolutionary Biology.

It is believed that an asteroid roughly six miles (9.6 km) across hit earth 66 million years ago, causing a mass extinction across many plant and animal species, including the dinosaurs. The event marked an end to the Cretaceous period and the beginning of the Paleogene period.

Researchers from the Milner Centre for Evolution of the University of Bath analyzed mammal fossil records from western North America two million years before the Cretaceous–Paleogene boundary, and 300,000 years after the asteroid impact.

By comparing the diversity of species before and after, the researchers could estimate how severe the impact event was and look at how fast the mammals recovered.

Results show that 93 per cent of mammals were wiped out alongside the dinosaurs – a percentage much higher than previous estimates that were based on more limited fossil records. Only four out of 59 species survived the impact event, according to the fossil records.

Although mammals were among the most affected animal group, they were the quickest to recover from the extinction event. The species soon rebounded. Diversity of species recovered and even doubled over 300,000 years – a fleeting moment in evolutionary time.

"Because mammals did so well after the extinction, we have tended to assume that it didn't hit them as hard. However our analysis shows that the mammals were hit harder than most groups of animals – such as lizards, turtles, and crocodilians – but they proved to be far more adaptable in the aftermath," said Dr Nick Longrich, from the Milner Centre for Evolution, in the University of Bath's Department for Biology & Biochemistry.

"It wasn't low extinction rates, but the ability to recover and adapt in the aftermath that led the mammals to take over."

The results are an estimate and Longrich said his research did have limitations.

"The fossil record is biased in favour of the species that survived. As bad as things looked before, including more data shows the extinction was more severe than previously believed.

"The species that are most vulnerable to extinction are the rare ones, and because they are rare, their fossils are less likely to be found. The species that tend to survive are more common, so we tend to find them," added Longrich.

Researchers believe that the fast rates of recovery in mammals were due to their small size. After the asteroid hit earth, many plants and animals would have died, leaving behind insects that could feed off the dead plants and carcasses. Only small animals like mammals could have survived by feeding on the insects. It is estimated that the largest land-dwelling animals after the impact event would have been no bigger than a cat.

Longrich said that the explosion of diversity happening in different locations across western North America led to "different evolutionary experiments." This continued to drive the recovery and success of mammals, as "evolution was more likely to stumble across new evolutionary paths."

"Fossil history is written by the winners and more common species tend to survive. My guess is that all the mammals found on earth today probably evolved from about 15 to 20 species," said Longrich.

Although four species were found to have survived, the fossil records are limited. It is possible that hundreds of mammal species survived the impact event, but not all of them would have made it through the aftermath, Longrich explained.

Today, some of the largest and most intelligent animals on earth are mammals – including blue whales, primates and elephants. ®