Execs scratching heads for ways to fund the EMC deal 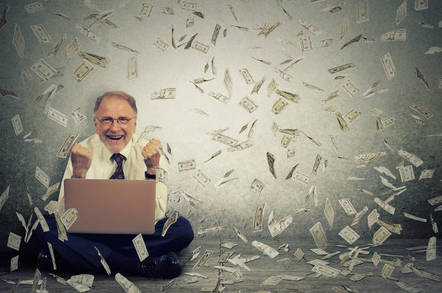 Dell is close to agreeing the sale of its software division for more than $2bn as it digs behind the settee cushions to fund its mega-acquisition of EMC.

A consortium including Francisco Partners and Elliot Management are “in advanced talks” to acquire the division, Reuters reported today, citing “three people familiar with the matter”.

The agreement between Dell and the consortium could be agreed this week, Reuters claimed, though its anonymous sources also warned that the “negotiations could still end unsuccessfully.”

It is merely the latest attempt at fundraising ahead of Dell's planned $67bn acquisition of storage giant EMC. Last year Reuters also reported that Dell was planning on selling off non-core assets to raise $10bn, though those sales so far have fallen short of this target.

Dell Services, formerly Perot Systems, sold for only $3bn earlier this year despite being touted at $5bn, resulting in a net loss of $800m for Dell compared to what it originally paid to acquire the business.

SecureWorks, the company's infosec subsidiary, had a disappointing IPO in April as well, bringing the company only $112m, or 70 per cent, of its expected $160m.

EMC has also been ditching some assets ahead of the acquisition, with the Documentum business being expected to go soon.

The deal is far from done yet, with EMC shareholders set to vote on the Dell merger at a special meeting on 19 July.

Of interest to those voting will be Dell's unremarkable Q1 of fiscal 2017, with its parent Denali Holding Inc reporting on 10 June that revenues were down two per cent year on the year to $12.5bn, though with greatly reduced operating losses, trimmed 52 per cent from $335m to $161m.

The shareholder vote, set to take place at EMC's headquarters in Massachusetts at 10am local time, will finally decide if EMC takes up the merger with Dell first floated in October of last year. ®