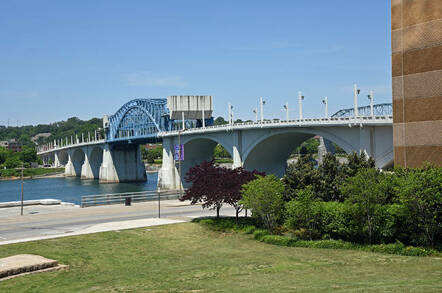 The mayor of Chattanooga, Tennessee, is crediting the city's recent economic surge to a decision to defy national ISPs and build its own broadband network.

Speaking at an event in his city hosted by the Fiber to the Home Council, Mayor Andy Berke said that over the last three years, unemployment in Chattanooga has fallen from 7.8 per cent to 4.1 per cent.

"We know that the wage rise is linked to internet jobs and particularly the technology sector," the mayor was quoted by The Tennessean as saying.

"It changed our conceptions of who we are and what is possible. Before, we had never thought of ourselves as a technology city."

Chattanooga, which maintains its own ISP offering through the Electric Power Board of Chattanooga, opened up a gigabit internet service option in 2011, citing a lack of decent cable and fiber broadband options from existing providers.

The utility later launched its 10Gb broadband service last year, giving the Southeastern-Tennessee city some of the fastest home and small business internet service options in the country.

The broadband network is not the only driver of growth, Berke noted. German auto brand Volkswagen operates an assembly plant in Chattanooga that went online in 2011 and employs about 2,000 people. Still, the city says that its broadband network has helped attract other businesses, particularly technology companies, that are looking at opening up shop in Chattanooga.

The network has also piqued the curiosity of other cities looking to build their own municipal broadband networks, particularly those in rural or mountain areas where broadband service by commercial carriers is lacking.

It has also, however, fuelled a backlash from telcos and some lawmakers who see city-operated broadband services as an unnecessary government incursion into markets already served by private-sector companies. ®