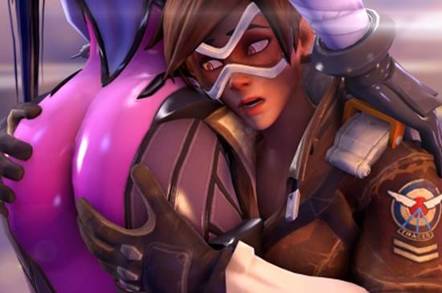 No, not that kind of bot ... Still, Overwatch fans are used to artificial inflation

Gameplay video streaming biz Twitch has had enough of bots on its network and, after failing to find a lasting tech solution, has started throwing sueballs instead.

Bots have become a big problem for Amazon-owned Twitch and its users. The software agents are used to hit up players' online channels and artificially inflate viewing figures – and flood their chat rooms with jabbering. This makes Twitch think a player is popular and therefore worth partnering with – or to harass other gamers by wrecking their chat logs.

Now, in a lawsuit filed in the Northern District of California court this week, Twitch has sued seven bot herders based in the US and the Netherlands and is claiming damages for unfair competition, cybersquatting, and fraud.

"We are taking the next step toward protecting Twitch viewers and broadcasters from the damaging effects of this kind of malicious activity by taking public legal action against seven of the most active sellers of viewbot services," said the company's marketing veep Matthew DiPietro.

"Ultimately though, the best way to stop viewbot sellers from profiting off of empty promises is to not buy their services. Using viewbots hurts anyone using them on their own channel or found to be using them against other channels, as well as the Twitch community at large."

Twitch spends thousands of dollars trying to block these bots and seeks damages against all the companies named. It also wants the companies to stop trading. ®