Forget your stupid campus party. I'm going to Frankfurt to do some HPC 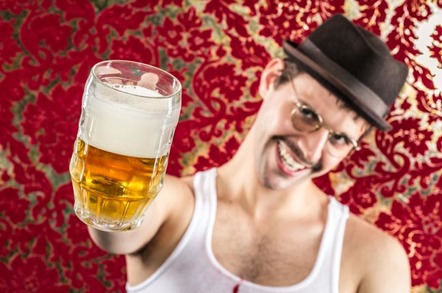 HPC Blog The world's attention will be focused on Frankfurt, Germany next week for the kick-off of the fifth annual ISC'16 Student Cluster Competition.

Twelve teams of university undergraduates will travel from far and wide to prove their HPC and clustering prowess in a competition that will demand everything they have – and more.

Here's how it works: students work with their faculty advisors and vendor partners to design and build the biggest, baddest, and fastest cluster possible. They can use any hardware or software, with the only proviso being that it has to be available on the general market. They then bring their hardware to ISC'16, where they’ll be running a gruelling set of HPC benchmarks, HPC applications, and a few mystery applications to see which team comes out on top. The only catch is that their system can’t use more than 3,000 watts at any time, going over the limit invalidates their result and may even result in a penalty.

Next week we'll be seeing twelve teams representing seven countries, the teams include:

This should be a particularly exciting competition as we believe that it will mark the first time we'll have three computing architectures in competition for bragging rights. In addition to the usual bunch of clusters based on Intel's x86 architecture, we should also see an ARM-based cluster, and one based on IBM's Power 8 processor. Pretty exciting stuff, eh?

ISC cluster competition aficionado Brian Sparks and yours truly run through the teams in the video below.

We're in our best computer sports commentator mode as we introduce the teams and attempt to break down their games and discuss what they bring to the table. I also throw almost every Adobe Premiere video transition, from corner peels to shutters, into this one video masterpiece. Check it out, and stay tuned for additional coverage from the ISC'16 competition, we'll be live on the ground in Frankfurt. ®