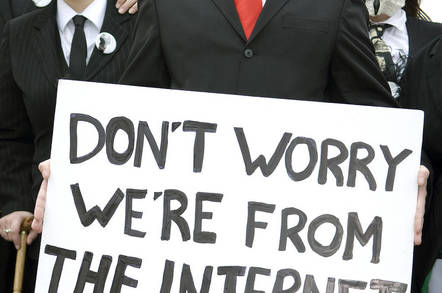 Elements of the Anonymous hacking collective have switched tactics in a campaign against supporters of the self-style Islamic State by attempting to shame and humiliate jihadists by adding pornographic images to their social media profiles.

Hijacking Twitter accounts also allows Anonymous to map and track communications with other accounts (some of them hidden or inactive in public), WauchulaGhost told Softpedia.

Anonymous members have made claims of shutting down thousands of Islamic State-affiliated accounts under the banner of a variety of operations including #OpISIS, #OpParis and #OpCharlieHebdo over the past year or so since the deadly terrorist attacks against the offices of Paris-based satirical magazine Charlie Hebdo in January 2015. Anon types involved in the Twitter whack-a-mole campaign have shrugged off criticism that these activities might be getting in the way of secret intelligence-gathering activities by Western law enforcement agencies.

More commentary on the smut-shaming campaign can be found in a blog post by net security firm Sophos here. ®

Shifts Hadoop clusters and their 300PB of data, not the stuff that lets you tweet