Outsourcery to perform ultimate outsource as it enters administration

Total asset selloff. Hate to say we told you but... 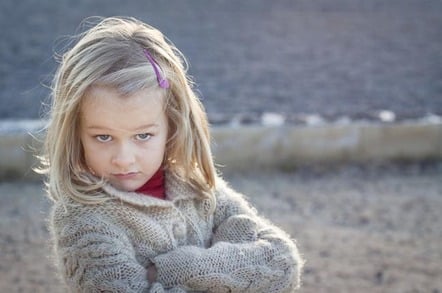 Manchester-based failing cloud biz Outsourcery is to undertake a pre-pack administration with Vodafone partner GCI Network Solutions waiting in the wings to buy the company’s assets.

The move, exclusively revealed by The Register last week, was confirmed by AIM-listed Outsourcery to the London Stock Exchange this morning.

“Agreement has been reached to sell substantially the entire business and assets of the company’s trading subsidiary Outsourcery Hosting Ltd to GCI Network Solutions.

EY will be formally named as administrator today and the “sale is expected to complete shortly thereafter”, the company confirmed.

And so ends the costly nightmare for investors that sunk cash into the business or individuals that bought shares in the firm.

Outsourcery already confirmed last month that investors were likely to see “no or little return” for its assets based on offers being reviewed after the shares were suspended in AIM - just after it admitted audited numbers for calendar ’15 had been delayed.

The provider of infrastructure services and Skype for Business listed on AIM in 2013 with shares trading at 110 pence but business plans went awry, channel sales didn’t meet expectations,

Co-CEOs Piers Linney - best known for his brief stint on Dragons’ Den - and Simon Newton were forced to work for nothing at one stage, and they repeatedly took the begging bowl to investors for more cash as liquidity dried up.

The business was losing more than it turned over until mid-2015, and attempts to hire a more effective sales leader fell flat when UK boss at Insight Enterprises did a U-turn and decided not to join Outsourcery - a decision vindicated by today's confirmation.

Outsourcery revealed in April that Vodafone had agreed to stump up more cash to keep the business afloat but this was on the proviso it appoint a non-exec director who has a background in insolvencies.

By this point, Vodafone was owed between £6m to £8m, according to sources, and took charge of proceedings, deciding which of its channel partners customers would pick up Outsourcery from administration. ®

Updated Once a hit with drug entrepreneurs, though its algos had been weeding them out

You know what they say: Money makes the world go round

'Intrusion software' to be withdrawn from arrangement