12 years of US Air Force complaints lost in database crash

Backups never fail until you really need them 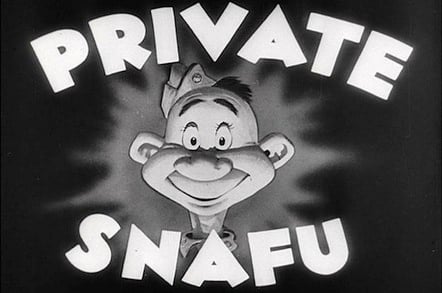 The US Air Force Inspector General is investigating the corruption of around 100,000 investigation records, and presumably someone's asking hard questions about backups.

Corruption in the database happened last month, but has only just come to light after both the USAF and Lockheed Martin threw in the towel on trying to recover the data.

Defense One says Lockheed Martin notified the Air Force after it spent two weeks trying to recover the information.

The Automated Case Tracking System had data dating back to 2004 on complaints, investigations, appeals, and freedom of information requests, covering everything from waste and fraud to sexual harrassment.

Defense One also reports criticism by Senator Mark Warner (Democrat, Virginia) that the Air Force only provided a “five sentence notification to Congress” about the crash, five days after service leaders became aware of the problem.

As well as the historical record, current investigations are being delayed because of the database disaster.

An Air Force statement reported by Defense One and C4ISR and Networks reckons the USAF is “aggressively leveraging vendor and DoD capabilities to attempt to recover the lost data and determine the severity of the loss”.

The Register speculates “aggressively leveraging” the vendor's capabilities conceivably covers things like yelling at various veeps, using lots of capital letters in e-mails, and sending copies of contracts off to lawyers. ®

Take a deep breath. You might have to hold it for a while