Console set to land in time for Christmas ... next year 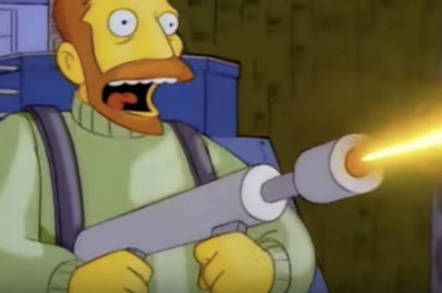 Microsoft has unveiled its entry into the VR gaming space with a souped-up Xbox One console dubbed "Project Scorpio."

Set for release in late 2017, Redmond says that the VR-ready model will be on shelves in time for the holiday shopping season. Though Microsoft is not providing many details on the new Xbox, the company says that Scorpio will sport 8 CPU cores and 6 teraFLOPs of GPU capability.

In addition to VR games, the Scorpio will support native 4K resolution games. The Scorpio boxes are being pitched as virtual reality boxes that would occupy the entire field of vision, as opposed to the augmented reality approach of the HoloLens, which takes the normal field of vision and imposes computer images alongside real-life objects.

Microsoft had previously said that the HoloLens would not be pitched as a gaming device, but rather as a tool for retail, research and other business applications.

This was underscored by the $3,000 price tag that would put the HoloLens hardware (at least in its current form) outside of the budget of most gaming enthusiasts, even in the pricey world of high-end and VR gaming.

Rather, it seems, Scorpio will be Redmond's big push into the VR gaming hardware space alongside the likes of the Oculus Rift (which runs on 64-bit Windows) and Sony's "Project Morpheus" PlayStation VR. With the Rift already supported on some PCs and the PlayStation VR due out for release later this year, Microsoft will find itself relatively late to the VR gaming party.

One advantage Redmond will have, however, is its existing presence in the PC gaming market. Microsoft has already been touting the interoperability between the Xbox One and Windows 10 PCs, suggesting that when Scorpio does arrive, it will do so with a strong push to support VR games already running on Rift-equipped Windows boxes. ®